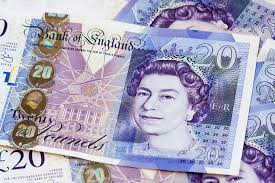 Ten suspected members of an organised crime group believed to have flown an estimated £15.5million out of the UK to Dubai in suitcases have been charged. Ten suspected members of an organised crime group believed to have flown an estimated £15.5million out of the UK to Dubai in suitcases have been charged.

The nine men and one woman, aged between 30 and 44, were arrested yesterday morning (Wednesday 20 November), as part of an NCA investigation into a conspiracy to launder millions of pounds of money made through drug trafficking and organised immigration crime.

This evening (Thursday 21 November) the following individuals were each charged with conspiracy to launder criminal cash and being a member of an organised crime group:

The following men were charged with the same offences and an additional charge of conspiracy to assist unlawful immigration:

They have been remanded in custody to appear at Uxbridge Magistrates’ Court tomorrow (Friday 22 November).

The NCA investigation was supported by the Dubai Police, Border Force and the Metropolitan Police Service.

The group – who National Crime Agency officers believe also tried to smuggle 17 migrants into the country this summer – were arrested in a series of raids around London this morning.

The suspects are alleged to have been part of a well-orchestrated conspiracy to launder millions of pounds of money made through Class A drugs and organised immigration crime, transferring it from the UK to Dubai over the last three years.

Examinations of travel history suggest this crime group have transported more than £14million in 2017 and 2018 alone.

A 41-year-old man alleged to be head of the network was arrested at his home in Hayes.

He and the other suspects were arrested on suspicion of money laundering and facilitating illegal immigration.

The raids follow an NCA investigation, supported by the Met Police, into cash seizures totalling more than £1.5 million made by Border Force officers over the course of 2019.

In all cases the cash was being transported between UK airports and ports and the United Arab Emirates (UAE).

“Cash is the lifeblood of organised crime groups and they need the services of money launderers.

“We believe that the action we and our partners have taken will have caused permanent damage to a well-established money laundering network.

“We are determined to do all we can to target illicit financial flows and hit organised criminal networks where it hurts – in the pocket.”

“The National Economic Crime Centre (NECC) was able to assist the case team in arranging forensic analysis of seized bank notes. We were also able to use our relationships with our international partners in the UAE to obtain evidence in relation to this case.

“The NECC has a unique role in coordinating the response to cash smuggling with other national and international law enforcement partners. Working together, our aim is to arrest and disrupt the criminals who carry out this type of activity. Our joined up approach within UK Law Enforcement and across the globe helps bring more people to justice.”