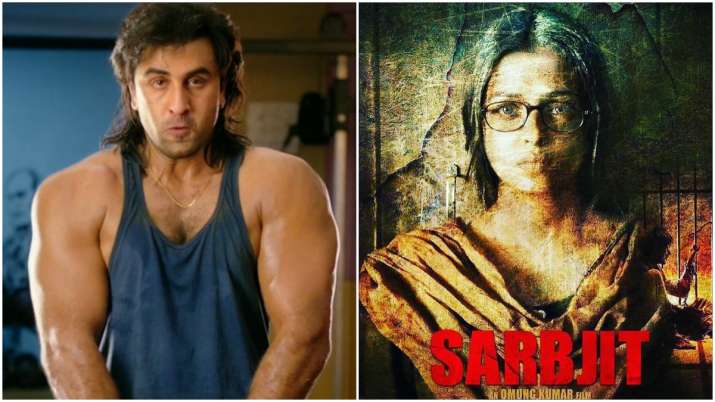 Biopics are a tribute to some of the exceptional personalities who have made an impact on the lives of others in their own special way. Amazon Prime Video is soon to release one such story of the world-renowned mathematics genius Shakuntala Devi starring lead actor Vidy Balan on 31st July. As we wait for the highly anticipated film’s release, here are some gripping biopics that you must not miss out on watching.

Directed by Omung Kumar, biopic of Sarabjit Singh is about a farmer residing at Bhikiwind, Punjab, near the Indo-Pak border, crossed the border after having a couple of drinks. However, he was mistaken to be an Indian spy and was sentenced to capital punishment.

The real-life account of Singh’s unfortunate affairs, keeps the audience intrigued till the very end in this historical drama. Watch Sarabjit on Amazon Prime Video.

Directed by Reema Kagti, Gold describes the journey of a man Tapan Das who was instrumental in making India win its first Olympic gold medal as a free nation. It is the perfect example of patriotism igniting freedom and pride amongst fellow citizens. Watch Gold on Amazon Prime Video.

Sanju is a biopic of the controversial life of actor Sanjay Dutt: his film career, jail sentence and personal life.

Sanju is a hilarious and heartbreaking exploration of a man’s battle against his own wild self and the formidable external forces trying to crush him. Some true stories leave you thinking “did this really happen?” This is one such unbelievable story that happens to be true.

The movie depicts a chronicle of the life of Indian boxer Mary Kom, who went through several hardships before audaciously accomplishing her ultimate dream.

Mary Kom is an Olympic boxer hailing from Manipur. She became the first Indian woman boxer to get a Gold Medal in the Asian Games in 2014 in Incheon, South Korea and is the first Indian Woman Boxer to win Gold at the 2018 Commonwealth Games. This movie is sure to leave you inspired.

Neerja is a story of the courageous Neerja Bhanot, a 20 something flight attendant who sacrificed her life while protecting the lives of 359 passengers on the Pan Am flight 73 in 1986. The flight was hijacked by a terrorist organization.

Neerja is one of those rare movies, by Ram Madhvani, that will have your heart in your mouth seeing the powerful performances of the sinister hijackers and the brave Neerja Bhanot.

Dont forget to stream the global premiere of Amazon presents Shakuntala Devi starting July 31st only on Amazon Prime Video. Featuring the National Award winning actress Vidya Balan, the film is based on the life of Shakuntala Devi, nicknamed the “human computer”, for her innate ability to make incredibly complex calculations within seconds.