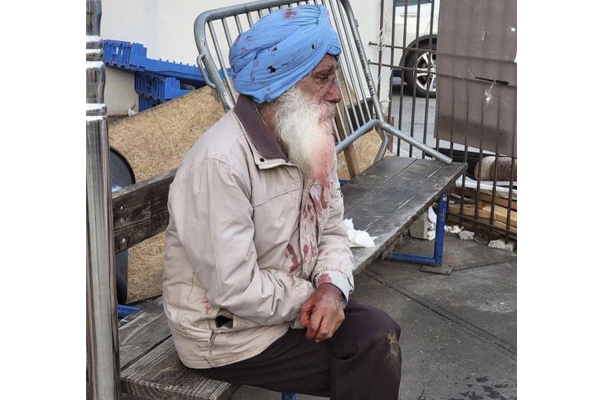 The police said that the attack on Nirmal Singh was unprovoked, and left him with a broken nose and other bruises.

Singh, in his native language Punjabi, spoke to Eyewitness News of ABC7 New York, saying that he was punched from behind around 7 am in Richmond Hill, a commercial neighbourhood in New York City.

The South Asian community in New York is outraged and concerned for the safety of the Indian diaspora in the area.

Community Activist Japneet Singh believes that the attack on Nirmal Singh was indeed a racial one.

He said: “People come at us a certain way because of the way we look.”

He added that within the South Asian community, Sikh men are the most vulnerable to hate crimes because of the turban that they wear.

Nirmal Singh had been in the United States for only two weeks when the attack happened.

“Any attack in the name of just because you look different is an attack against everybody, not just that person, and it’s got to stop.”