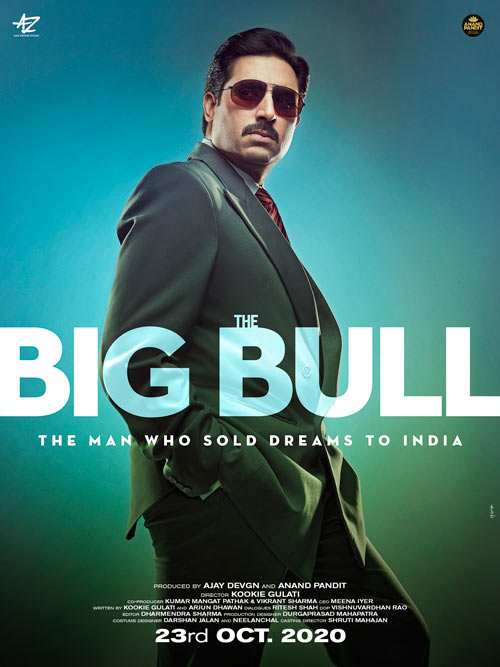 Abhishek was last seen in Anurag Kashyap’s 2018 film ‘Manmarziyaan’ opposite Taapsee Pannu which was a box office success. Now, after a two-year hiatus, he is back with a bang! His fans have a reason to rejoice as he has bagged three films in his kitty Bob Biswas, Ludo and The Big Bull.

The Big Bull is based on real events of the financial market that took place between 1990 and 2000 involving Harshad Mehta and his financial crimes. Ileana D’cruz plays a pivotal role in the film. Abhishek’s first look from the film was revealed a while ago and now the actor has shared an all new poster of the flm on Twitter featuring him in an intriguing look. Check it out here: 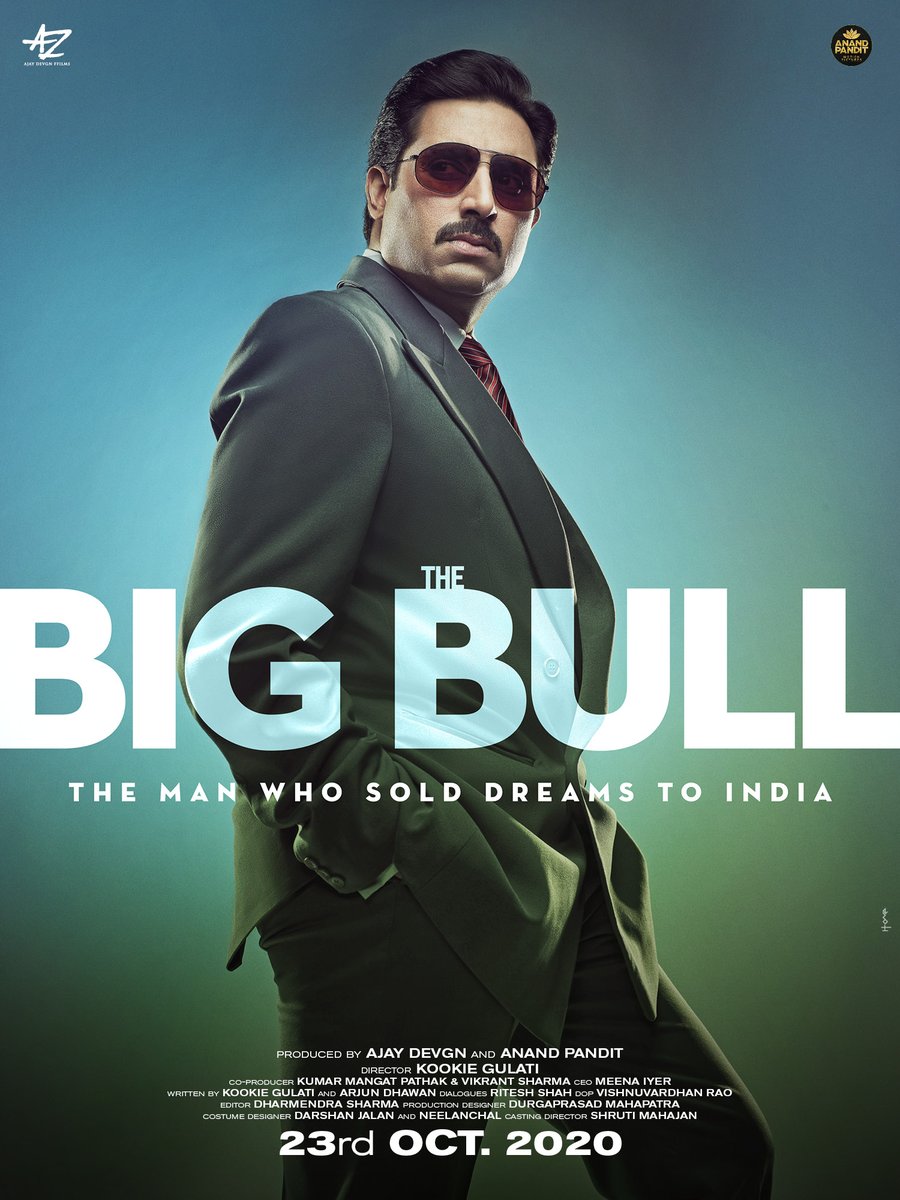 The film is directed by Kookie Gulati and produced by Ajay Devgn, Anand Pandit and co-produced by Kumar Mangat Pathak & Vikrant Sharma. It is written by Arjun Dhawan. The Abhishek Bachchan, Ileana D’cruz and Lekha Prajapati starrer is slated to hit the screens on 23rd October.

Abhishek will also be seen in Red Chillies Entertainment production ‘Bob Biswas’, which will go on floors and release in 2020 and a T-Series and Anurag Basu Productions film titled ‘Ludo’, set for a 24 April 2020 release.