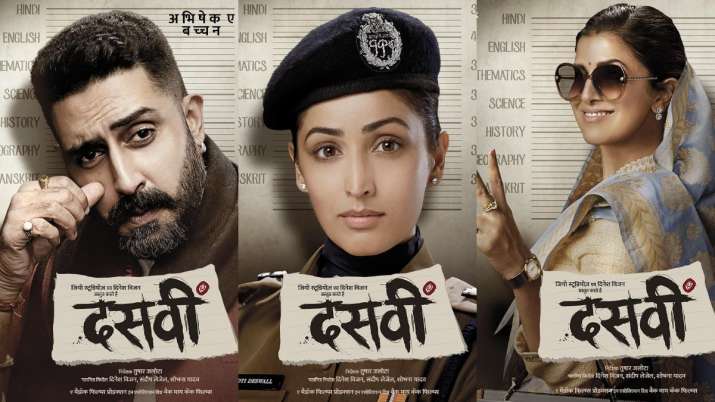 Actor Abhishek Bachchan has been roped in Yami Gautam and Nimrat Kaur starrer social comedy titled, Dasvi and the shoot of the same has begun in full swing. The actors took to Instagram to share their first looks as well as character names. The film, produced by Dinesh Vijan, Sandeep Leyzell and Shobhana Yadav recently went on floors. Yami plays Jyoti Deswal in the film, while Abhishek Bachchan will essay the role of Ganga Ram Chaudhary. Nimrat is Bimla Devi.

Shooting for Dasvin began at the Agra Central jail where a huge set has been created in circle number four. A huge crowd of fans has been following the actors, forcing the local police and the PAC to provide security cover. The shooting is expected to continue for a month at different locations in Agra.

Abhishek appears to be a convict in the film and is sporting a muffler as well as a stud in his ear. Yami will be playing the role of a cop and she posted a picture in the uniform. Nimrat is seen sporting a saree in her first-look image and seems to be getting her mug shot clicked.

Earlier, Abhishek took to his Instagram and shared the first look from the film as Ganga Ram Chaudhary. The poster features the Ludo star sporting a rugged look with a salt-and-pepper beard, standing against a backdrop of a scorecard. “‘Dasvi’ shoot begins,” he captioned the picture.

The comedy is produced by Dinesh Vijan’s Maddock Films and Jio Studio. It has been helmed by debutant director Tushar Jalota.

Apart from Dasvi, Bachchan will be next seen in director Sujoy Ghosh-backed thriller Bob Biswas and The Big Bull, inspired by the life of stockbroker Harshad Mehta.