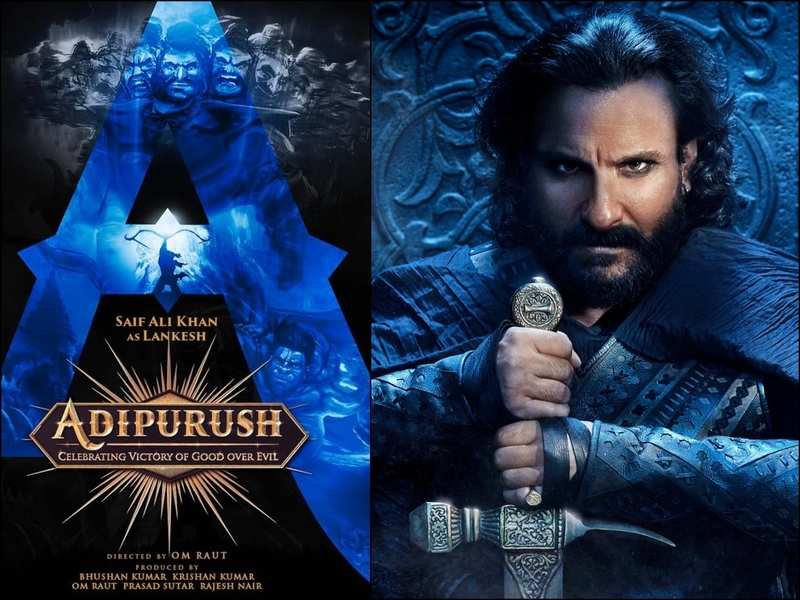 Prabhas and Saif Ali Khan starrer ‘Adipurush’ has been the talk of the town ever since its inception. Om Raut’s ambitious upcoming directorial began filming on Tuesday with a test shoot that took place in Mumbai. However, a shocking news left the fans sad as a massive fire broke out on the set at around 4:13 pm.  Adipurush”, an adaptation of the Ramayana, went on floors on Tuesday with a special set erected on open ground near Inorbit Mall in Bangur Nagar.

The report states, “It happened due to short circuit and the entire chroma set up went into ashes. However, it eventually came under control and no casualties have been reported. Om Raut and his entire team are safe. The situation is under control now. Thankfully, all fire safety measures were in place on the set. A fire brigade was spotted on the sets within minutes of the fire and took the situation under their control. By god’s grace, no causalities have been reported.”

A police official said that eight fire engines and six water tankers were rushed to the spot and dousing operation was underway.  Sources said director Om Raut and a small crew were filming on the set. “Prabhas and Saif were not present. There has been no injury to anyone. Paramedics, fire brigade and ambulances were arranged immediately,” sources said.

Talking about the beginning of shoot, it was announced through a poster which was shared by Prabhas and had the Hindi word Aarambh which means the beginning written on it.The poster also mentioned Aarambh, it is a hindi word which means the shoot has finally started. Earlier, director OM Raut had announced that motion capture shoot of the film has begun. The Telugu star shared the poster and wrote, “#Adipurush aarambh.”

Adipurush is produced by Bhushan Kumar, Krishan Kumar, Om Raut, Prasad Sutar and Rajesh Nair. It is slated to release in multiple languages viz. Hindi, Telugu, Tamil, Malayalam and Kannada. The film is expected to been made on a huge budget and will be Raut’s second directorial after Ajay Devgn’s Tanhaji: The Unsung Warrior.

Adipurush had courted controversy in December after Saif mentioned in an interview that the film was going to show the “humane” side of Ravan.

Following immense criticism, the actor issued an apology, where he had said: “I’ve been made aware that one of my statements during an interview, has caused a controversy and hurt people’s sentiments. This was never my intention or meant that way. I would like to sincerely apologise to everybody and withdraw my statement. Lord Ram has always been the symbol of Righteousness and Heroism for me. Adipurush is about celebrating the victory of good over evil and the entire team is working together to present the epic without any distortions.”