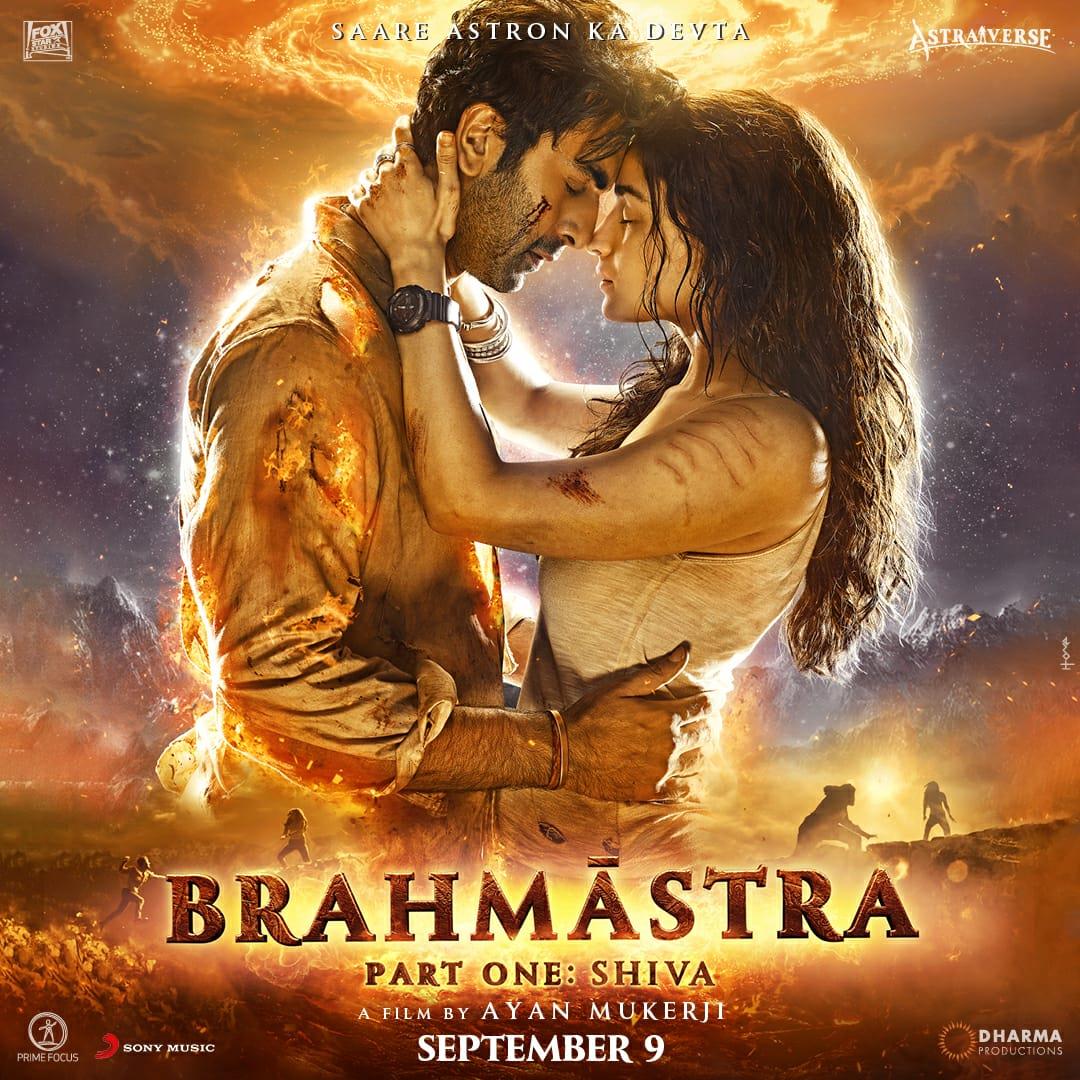 Bollywood galore is abuzz with the wedding rumours of lovebirds Alia & Ranbir. Although there’s no confirmation from the couple, their near and dear ones have been dropping hints here and there. After Alia’s uncle, Rohit Bhatt confirmed their marriage, their close friend and director of their upcoming film Brahmastra Ayan Mukerji released a new poster of the film. The post featuring Alia and Ranbir is sure to take your breath away as the couple looked nothing less than a dream. Alongside the ‘Love poster’, he wrote in the caption, “Love is the Light! Part One: Shiva… is what this first chapter of Brahmāstra is now called. But for the longest time, it used to be Part One: Love. Because at its core, Brahmāstra is about the Energy of Love. A Love – that spread like Fire, beyond the Movie, and into Life. So here it is, our Love Poster ! The Time feels Right for it…There is some extra love in the air these days !”

The poster also had background music from the film, confirming the same Ayan added, “(And with it, a little piece of the magic of Kesariya, Pritam (Dada), Amitabh Bhattacharya, Arijit…) Shiva & Isha. Ranbir & Alia. Love – The Greatest Astra!”

‘Brahmastra’, is a combination of mythology and science fiction. Earlier, on the occasion of Alia Bhatt’s birthday, the makers surprised fans with her first look from the film. The actress took to her Instagram handle and shared a 31-second teaser of ‘Brahmastra.’

In the post’s caption, she wrote, “Happy birthday to me. Can’t think of a better day and a better way for you’ll to meet Isha .. Ayan my wonder boy. I love you. Thank you! #brahmastra.”

Brahmastra is a magnum opus and took almost four years to get completed. The film will see Ranbir as Shiva, who has been born with some special powers. The ‘modern-mytho’ drama also stars Alia Bhatt in the lead role while Amitabh Bachan will play Ranbir’s guru. Television star Mouni Roy will essay the antagonist while south star Nagarjuna will also be seen in a pivotal role.

The movie will release in theatres on September 9 in five Indian languages – Hindi, Tamil, Telugu, Malayalam, and Kannada.