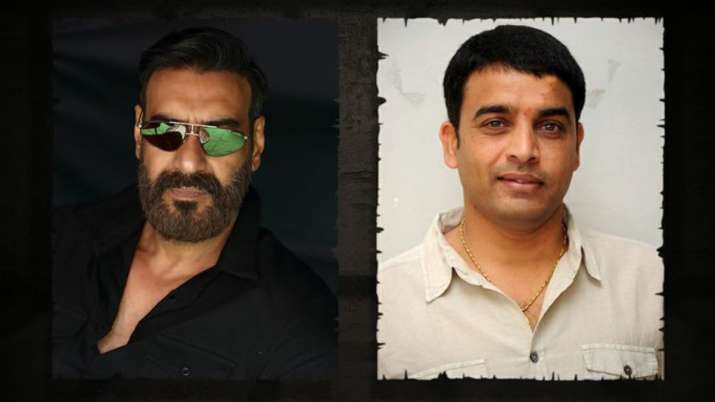 Bollywood superstar Ajay Devgn and producer Dil Raju on Friday announced that they are collaborating for the Hindi remake of Telugu film “Naandhi”, the makers announced on Friday. Devgn and Raju have acquired the rights of 2021 crime courtroom drama, which was directed by debutant Vijay Kanakamedala and produced by Satish Vegesna.

The Telugu film, starring Allari Naresh in the lead, chronicled the story of Surya Prakash, an under trial prisoner, who is falsely accused of murder, awaiting judgement. Devgn said the aim is to reach out to a larger audience, through Hindi remake.

Taking to Twitter, devgn wrote, “Time to share an important story with all! @DilRajuProdctns and @ADFFilms are all set to produce the Hindi remake of the Telugu hit, Naandhi!”

“‘Naandhi’ is an important film, exposing certain loopholes in the administration. The original Telugu version was effective and touched a raw nerve,” Devgn said in a statement.

The 52-year-old star said the script for the remake is currently being finalised.”Once we have the cast and key talent in place, I may be able to say more,” he said.

Raju said he is thrilled to have collaborated with Devgn on an important story like “Naandhi”. “‘Naandhi’ is made on a very important topic and we were keen to take this story to a larger audience. We are in the preliminary stage of the film and will soon share more details,” Raju said.

Released in February this year, “Naandhi” received critical acclaim and was a commercial success.

The makers are also in the process of locking the director and the star cast for the project.