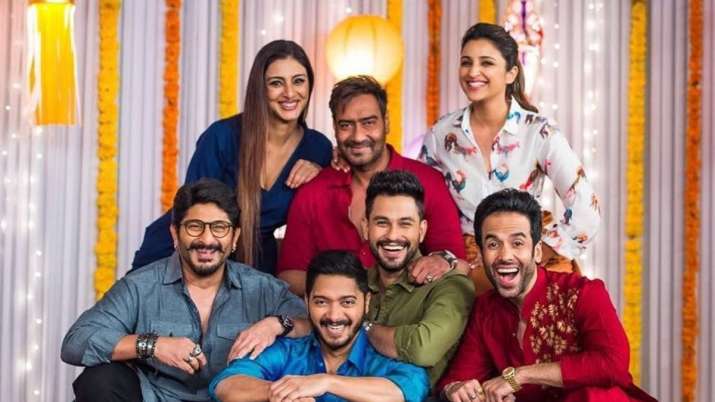 Bollywood superstar Ajay Devgn’s Golmaal Again is all set to hit the theaters yet again in New Zealand. The film, that released in 2017, will be the first Hindi film to relaunch post Covid19. On Wednesday, filmmaker Rohit Shetty took to social media to announce it and wrote, “New Zealand decides to re-release Golmaal Again in theatres making it the First Hindi Film to get a relaunch post covid. New Zealand is now covid free and is opening its theatres on 25th June with Golmaal Again.As it is rightly said – ‘’THE SHOW MUST GO ON…'”

Golmaal Again was the fourth installment of Rohit Shetty’s Golmaal universe and was much appreciated by the fans. it is a horror-comedy and is also available on OTT platform Amazon Prime.

After the success of Golmaal Again, Rohit Shetty and Ajay Devgn have also announced Golmaal 5. In November last year, the Tanhaji superstar shared a photo on Instagram and wrote, “A film franchise which is not only the longest running one in Hindi cinema but also happens to be one of my favourites! Prepare yourself for yet another laugh riot with Golmaal Five.”

Talking about Golmaal Again, Ajay Devgn had earlier said, “I think in India there are very few films in the horror comedy genre. But that was not the intention behind making this film. Actually, the thought behind the story only was such that it was a perfect fit for ‘Golmaal’. This thought was narrated to us by Rohit four years ago and it took three and a half years to work on this thought. So, in the end, it came out as a beautiful story in which there is the trademark comedy of ‘Golmaal’ as well as a beautiful emotion too.”