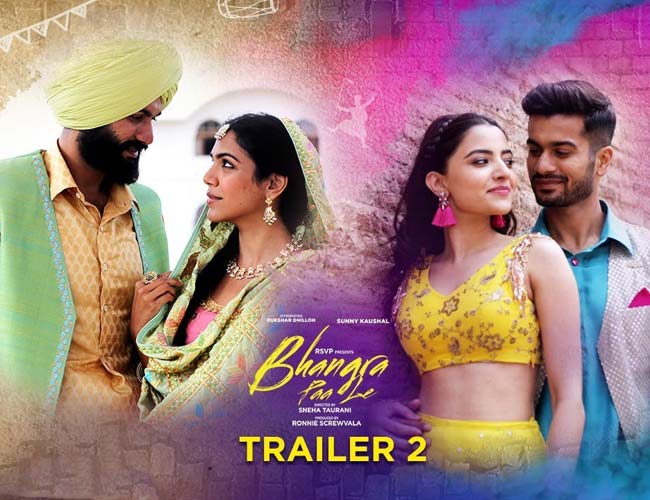 As the film ‘Bhangra Paa Le’ is inching closer, the movie is creating immense excitement amongst the audience to witness the film on the big screen. Adding authenticity to Bhangra, the makers are back with another splendid trailer of the film that will not only make you groove to the iconic song Rangeela but will also, take you to the adventurous tour between the two generations ‘Tab Aur Ab’ in the film.

The insightful trailer is sure to surprise you with Sunny Kaushal playing double role in the film. The film set in two periods showcases Sunny Kaushal playing a Army person and in another role, the actor is essaying a dancer is also known as Jaggi who is competing at an International level alongside the leading actress Rukshar Dhillon as Simi Kohli.

Not only this, the trailer also shares a glimpse of actress Shriya Pilgaonkar as a simple Punjabi woman playing Sunny Kaushal’s love interest in the first period which is also a highlight to the trailer and adds charm to it.

With the young audience demanding more for dance-oriented and spirited films, RSVP’s upcoming film is sure to give dancing goals with a complete Punjabi Tadka and we cannot keep calm!

Produced by RSVP Bhangra Paa Le will be directed by Sneha Taurani starring Sunny Kaushal and Rukhsar Dhillon. The film is all set to release on 3rd January 2020.