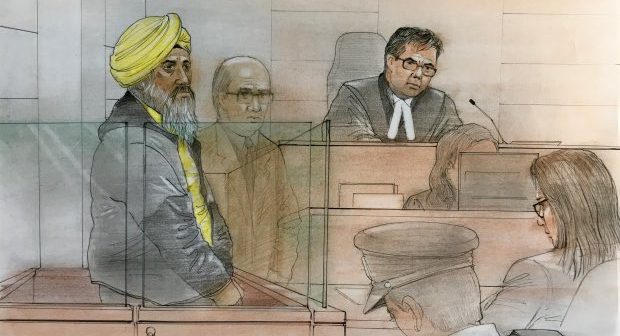 ON Wednesday, December 25, just before 11 p.m., Peel Regional Police were made aware of a fail to remain collision that occurred on Sunny Meadow Boulevard. A 51-year-old man from Brampton identified as Balvinder Bains was located in life-threatening condition and was transported to a local hospital, where he later died as a result of the injuries he sustained.

On Thursday, December 26, officers located the vehicle involved in this incident and a short time later the suspect, a 53-year-old man from Brampton, identified as Amarjit Lamba, was taken into custody for second-degree murder. He will appear at the Ontario Court of Justice in Brampton on Friday, December 27 in answer to the charge.

Anyone who may have witnessed this incident or has any information is asked to contact investigators with the Homicide and Missing Persons Bureau at (905) 453-2121, ext. 3205. Information may also be left anonymously by calling Peel Crime Stoppers at 1-800-222-TIPS(8477), or by visiting peelcrimestoppers.ca.