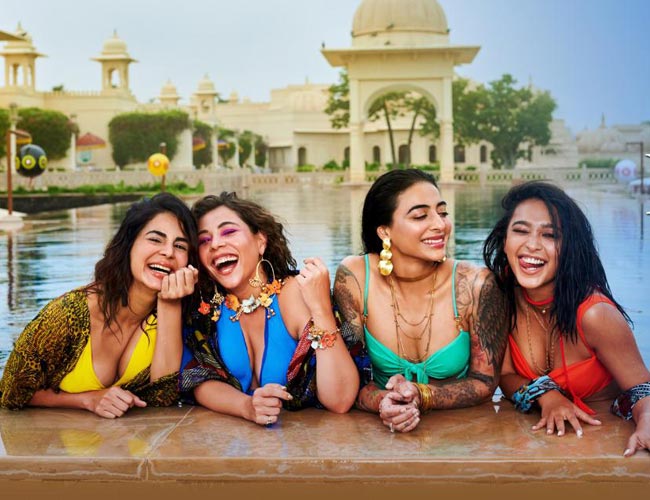 The trailer of the second season of Amazon Prime Video’s ‘Four More Shots Please’ was recently released and it was more fun where every character received a makeover and this time the story is set in Istanbul and looks much more exciting than the first one.

For the ones who have missed the first season, not to worry as the makers have released a recap of the first season. This recap answers all your questions of how, what when and where did all things happen? What made the leading ladies rock solid for each other making an unbreakable bond.

The makers took to their social media and shared , “spoiler alert: this will leave you extremely hyped. catch up with the @4moreshotspls  girls NOW! Smiling face with 3 hearts

The recap starts from how all the four girls were a mess and through various topics and incidents all connected in a whole different way. Their flaws started making them better and how these women had their best blast in Goa and how there was love in the air and how after all that fun everyone is fighting their own battles and hoe the flawsome girls are separated but not broken! This video captures all emotions love, drama, emotions and much more!

While the first season of the show was directed by Anu Menon, the second season is directed by Nupur Asthana.

The stellar cast of the show includes Kirti Kulhari, Sayani Gupta, Maanvi Gagroo and Bani J playing leads on the forefront. The combination of the star cast is definitely a killer one and helps in delivering to us an intricately weaved storyline gracefully.

The trailer launched recently created quite a stir among the viewers eagerly awaiting the release of the second season on 17th April 2020.