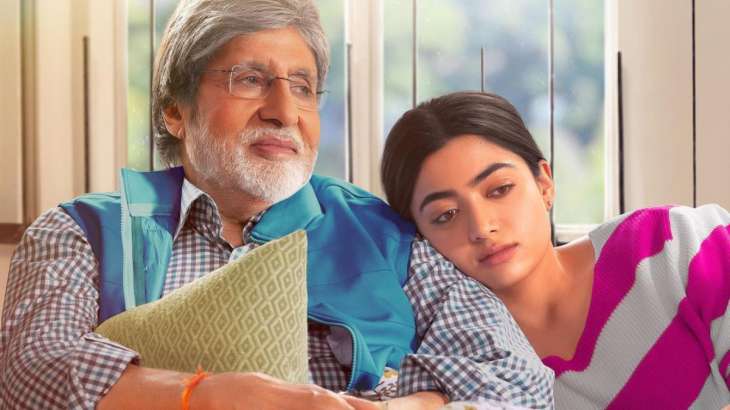 Goodbye movie tickets: Rashmika Mandanna is making her Bollywood debut with Amitabh Bachan’s upcoming film Goodbye. As their fans eagerly wait for the film to hit the theaters, the makers made a surprise announcement. To lure more and more people to the cinema halls on the day of release, the makers have announced a special treat. You can watch the film on the big screen by buying the ticket for just Rs 150. But the special price is only for the day of release.

Sharing the information, film trade analyst Taran Adarsh tweeted a video with a message from megastar Amitabh Bachchan. In the video, Big B shares that the team has decided upon a special price for the film tickets on its release day, ie October 7. He also urged all to watch the film in cinema halls with family and loved ones.

‘Goodbye’ is a story that touches every emotional chord in your heart and makes you realise the importance of your loved ones along with the downturns of life. In the Vikas Bahl directorial, while Amitabh Bachchan will is be seen as a man who believes in traditions, Rashmika Mandanna is playing the role of her daughter Tara Bhalla. She is fierce, she is amusing and she also questions every stereotypical decision. She believes in logic but ends up understanding the importance of emotions.