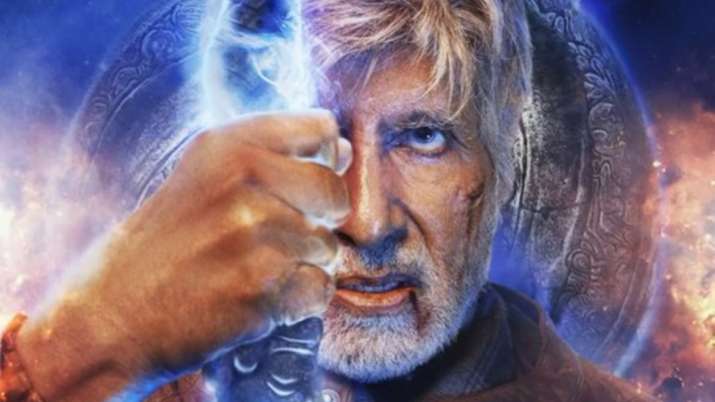 Amitabh first look as Guru in the upcoming movie Brahmastra- Part 1 has been revealed. As filmmaker Ayan Mukerji shared details of Guru on social media, he also spoke about how Big B liked the concept of the movie when he first heard the narration in 2016.

In his first look as Guru, Big B is seen wielding a cosmic weapon called Prabhastra. Ayan wrote in the caption, “GURU (and his Prabhāstra – The Sword of Light) Since my first meeting with Mr. Bachchan in 2016 to discuss Brahmāstra, he has always said that he loved the concept of this venture – Ancient Indian Astras which are protected in India Today! This blend of ancient Indian Spirituality and modern India – had really appealed to him, and to my great fortune, he agreed to be a part of Brahmāstra. And changed the destiny of our movie – by bringing his magnificent energy to our Guru – filling him with grace, wit and wisdom. So much excitement and respect in my heart today, as we launch our Guru Poster, and celebrate this collaboration with the Greatest of Indian Cinema (sic).”

What we know about Brahmastra movie

The trailer of Brahmatsra will be launched on June 15. The film also stars Nagarjuna Akkineni and Mouni Roy. Constructed as a trilogy, which is part of an ‘Astraverse’ created by Mukerji, the first part follows the protagonist Shiva (Kapoor), who is in love with Isha (Bhatt). Their lives are changed forever when Shiva learns that he has a mysterious connection to the ‘Brahmastra’ and a great power within him that he doesn’t understand just yet – the power of fire.