Ananya Panday on her character in ‘Pati Patni Aur Woh’ 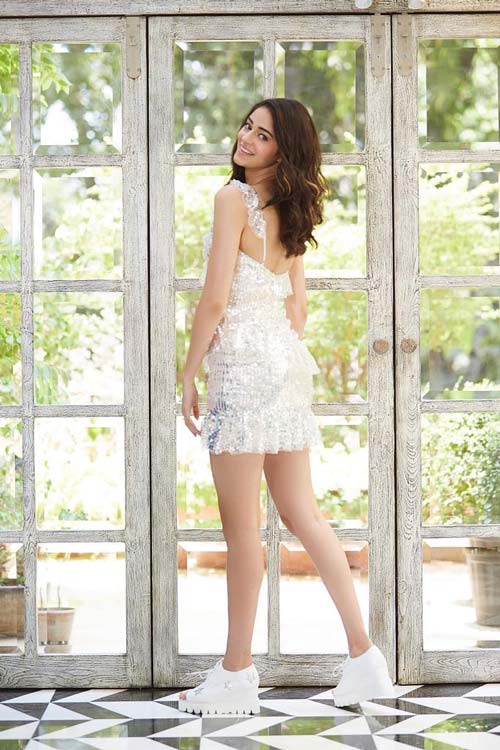 Ananya Panday on her character in ‘Pati Patni Aur Woh’

Teen sensation Ananya Panday is just one film old and the actress has already become the talk of the town with her terrific performance of Tapasya in ‘Pati Patni Aur Woh’. What’s interesting about her role is that in the film, Ananya is essaying the role of a confident, mature and an independent girl.

In an interview with a leading daily, Ananya opened up about why she chose the character of Tapasya. She said, “The challenge drew me to her”.

Essaying a few comical scenes in the film which Ananya plays smartly with the proper comical timing. The actress made a first call to dad Chunky Panday after she heard a narration. Ananya Panday said, “His comical timing is impeccable and I hope I have inherited that gene”.

Ananya Panday is very outspoken and confident as a person. The actress loves to play challenging roles and this role was something that the actress always wanted to play. Recently, the actress witnessed a real fan frenzy during the promotions where she was encountered by young fans and Ananya was seen interacting with them.

The much anticipated extramarital drama ‘Pati Patni Aur Woh’s trailer has received great appreciation from the audiences, looks like a laughter riot. The actress is seen pulling off a new avatar with a mature character.