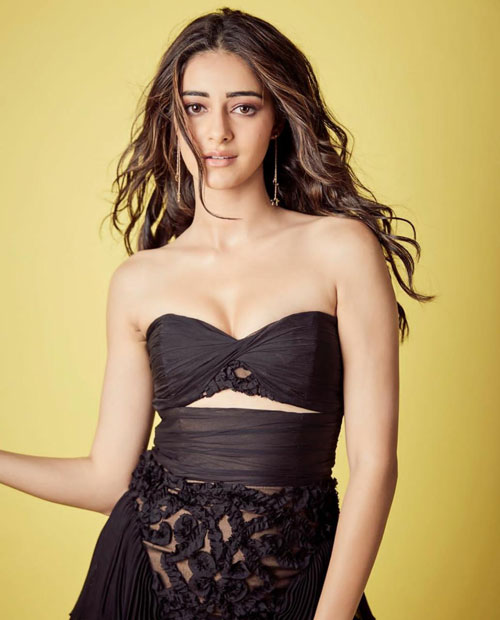 By Santa Banta News Network
Actress Ananya Panday is currently shooting for her upcoming film ‘Khaali Peeli’ in Panchgani. Taking time from her busy schedule, Ananya visited and spent time with kids who were differently abled.

Sharing a story on her social media Ananya Panday wrote, “It was such a heartwarming experience visiting this home we came across right next to our set in Wai! It’s so inspiring to see the local women here take care of these children! ❤”

Recently, while Ananya Panday was having some fun-time on the sets. The actress took the internet on the roll with funny boomerangs and also made director Maqbool Khan perform ‘Dheeme Dheeme’ on the sets of ‘Khaali Peeli’.

Ananya Panday has already taken the internet by storm with her sizzling chemistry and a fresh role alongside Ishaan Khatter in ‘Khaali Peeli’.

The actress made her debut in Student Of The Year 2 and gained a massive fan following which she continued to work to excel with her performance in Pati Patni Aur Woh, the actress has won it all in 2019!

On the work front, Ananya Panday will also be seen alongside Ishaan Khatter in Khaali Peeli which is all set to release this year and the second film whose name is yet to be revealed but we will be seeing Ananya sharing the screen with Siddhant Chaturvedi and Deepika Padukone.