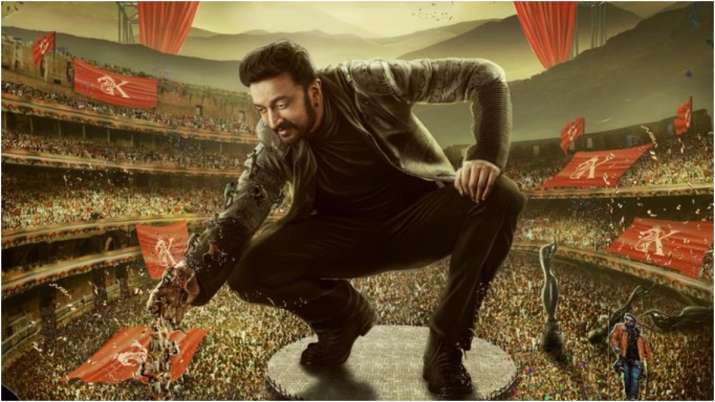 Legendary cricketer Anil Kumble surprised all on Tuesday when he released a common display picture of actor Kichcha Sudeep. Making an advance wish for the actor’s birthday which will be celebrated on September 2, the cricketer took part in this little surprise. In his post, he writes, “Happy to release my dear friend and legendary actor Kichcha Sudeep’s birthday common display picture”. He has also wished him to keep inspiring.

The display picture describes Kichcha Sudeep as Baadshah in bold letters. The picture depicts him sitting like a trophy in the midst of a crowded stadium and responding to the crowd. Anil Kumble has used the tagline #KingKichchaBdayCDP.

Replying to this, the elated actor Kichcha Sudeep has called it a big surprise. “What a better gift there can be from Anil Kumble sir. Honoured and humbled. This is a great surprise indeed. Thank you so much,” he reacted.

Kichcha Sudeep’s fans and followers are thrilled by the gesture of legendary cricketer Anil Kumble and they are sharing the post in social media platforms. The fans were however not so happy with Covid restrictions in place, not giving them an opportunity to celebrate their favourite star’s birthday. Here’s how they reacted to the post: