Antim The Final Truth Movie Review: This Salman Khan film is all about Aayush Sharma 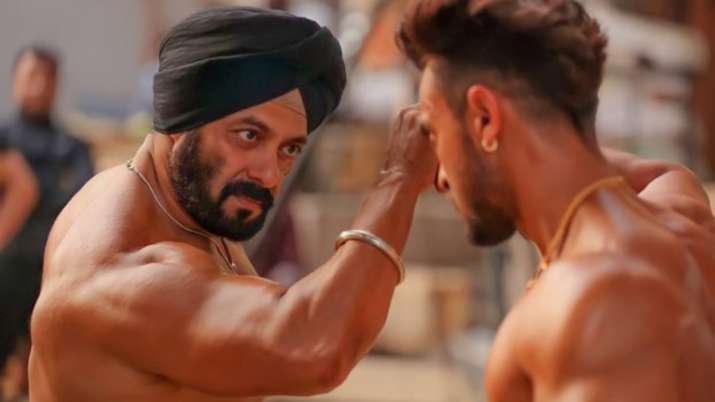 Action, comedy and drama are what you expect when someone says a Salman Khan film is on the block. Antim: The Final Truth brings all the three elements in equal measures. Lead actors Salman Khan and Aayush Sharma present an action-packed thriller that has foot-tapping festive songs, a sensuous romantic ballad and a signature song that would make you vibe to its peppy beats. Also making her debut is Mahima Makwana.

In the film, which is an adaptation of the Marathi movie Mulshi Pattern, Salman plays a Sikh cop who takes pride in his state Maharashtra. It’s refreshing to see him take up a more pressing job in parallel to his goofball cop avatar, Chulbul Pandey of Dabangg. Here, Rajveer Singh is a man of few words who believes to flex his brain more than his muscles. He understands the dynamics of the ‘Bhai culture’ in Mumbai but is also conscious of the constraints of an armed officer. He is against criminals, but being an empath he adjudicates between the lines. That is why, when a formidable Rahul (Aayush Sharma), who has grown up on the edge of the privileged and has seen wrong things happening to his family, comes to Pune’s Market Yard and joins the goons, he isn’t surprised. He wants him to change and gives him chances but he also kind of concedes to what triggers Rahul to be the bad guy here. He warns him infrequently, seldom tries to remind him of his distant family and also protects him, but he has his boundaries.

Thriving in Rajveer’s limitations is Aayush’s Rahul. He will stop at nothing. He has the buoyant charm and enigma to conquer his state. He will not mercy the innocent and he won’t blink an eye to destroy someone who comes his way. But yet, there’s still a timid farmer boy inside him who compels him to bring a little grey in the black. It is the film’s way for the audience to believe that good and bad are two faces of the same coin. Mahima Makwana, who makes her film debut with Antim has little to contribute but she stands her ground and performs well as Rahul’s love interest Manda. Mahesh Manjrekar plays her drunkard father.

Aayush is assuredly the star of Antim: The Final Truth. The film has plentiful scenes for Aayush to shine. He excels in action sequences and is too comfortable with blood and gore. There’s no flinch on his forehead when director Mahesh Manjrekar makes him smash someone’s face or break furniture in the go. He has worked on himself and the transformation is incredible, to say the least. This is probably the only time from the ’90s that an actor has got so much screen time in a film led by Salman Khan.

However, there’s no denying that Salman is a stunner. He is a screen’s man and the camera loves him. Every time he walks up to give a stern look, he changes the narrative towards himself. It wouldn’t be wrong to say that it is only Salman who could pull off dialogue like, “Tu hoga Pune ka Bhai, main to hind ka bhai hun,” and get people whistling to it in a multiplex.

Talking about the music, which has been a strength of SK Films, songs of Antim like ‘Chingari’ and ‘Hone Laga’ are mostly forgetful, nevertheless, ‘Bhai Ka birthday’ and ‘Vighnaharta’ with Varun Dhawan’s cameo are tracks you won’t mind hearing. The theme song, ‘Koi Toh Aayega’ which also serves as the background score multiple times in the film sounds best in cinema halls.

With a run time of over 2 hours 30 mins, Antim: The Final Truth is made for the big screen to give ‘Bhai’ fans a cinema experience they have been missing for a long time now.