Anusha Dandekar is a prominent name in the entertainment industry and has been a part of numerous television shows.

She is a popular television host and model and enjoys a massive fan following owing to her style statement.

Anusha keeps her fans updated on her personal and professional life through her social media handle.

Anusha Dandekar often serves gorgeous looks and her Instagram posts are proof that she can nail any outfit effortlessly.

Taking to her Instagram handle, Anusha dropped some breathtaking photos of herself from her latest photoshoot.

The actress left netizens spellbound as she is posed in a peach colour bralette paired with a similarly-coloured slit skirt. 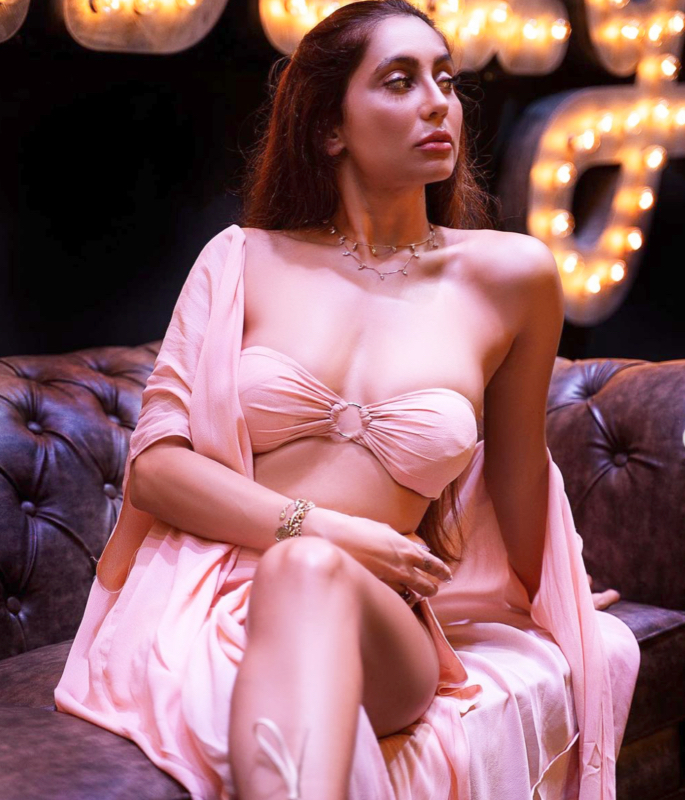 She looked like a bombshell as she donned a satin jacket on her outfit.

Her hair was styled open and her makeup was subtle, perfectly complementing her sexy attire.

Sharing the stunning photos, she wrote: “Si tu vas m’aimer alors fais le complètement” which translates to (If you’re gonna love me then do it completely).

Meanwhile, Anusha Dandekar has been lately in the limelight over her breakup with her long-time boyfriend Karan Kundrra. 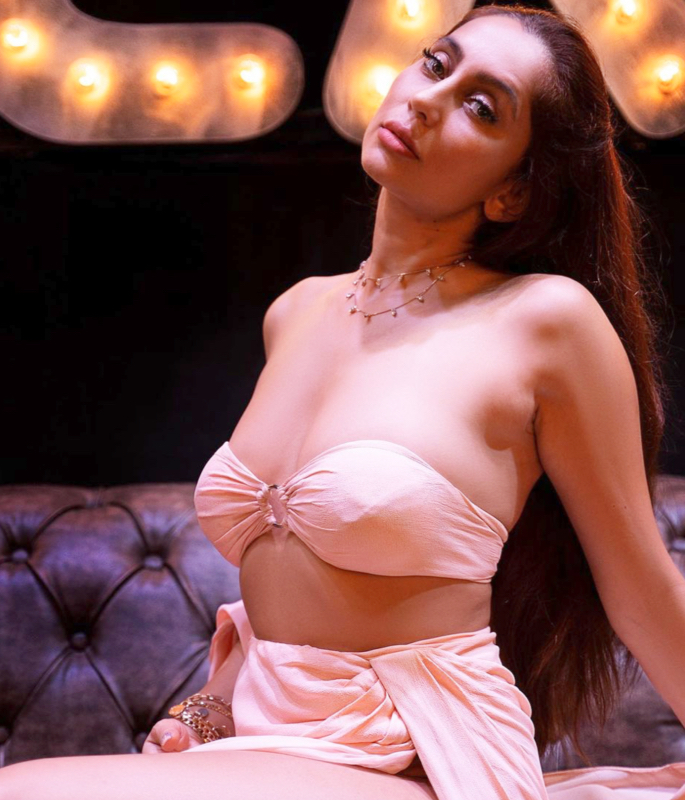 She had accused him of cheating on her and her sister Shibani backed the allegations.

Karan Kundrra and Anusha Dandekar were together for three-and-a-half years before they broke up early in 2020.

During an episode of Bigg Boss 15, Karan had told Shamita Shetty that he “f**** up in his past relationship”, and added that he could have saved it had he sorted his stuff. 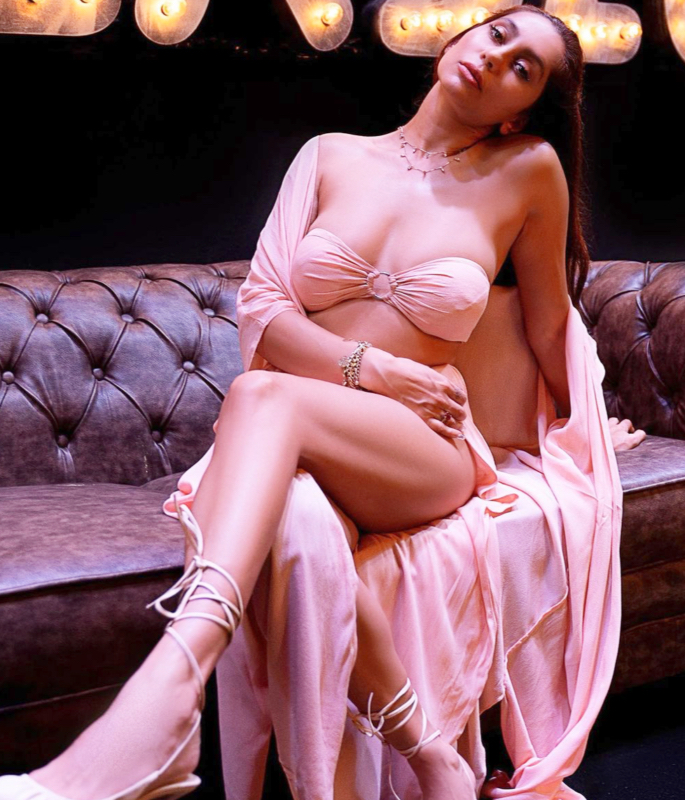 He said: “If we had fought over it, we may have been able to sort things out, she tried but I kept moving away from her.

“I think I love imperfections. Had we understood each other, things would have changed.

“Had I sorted my own issues and not let them affect the relationship, things would have been different.” 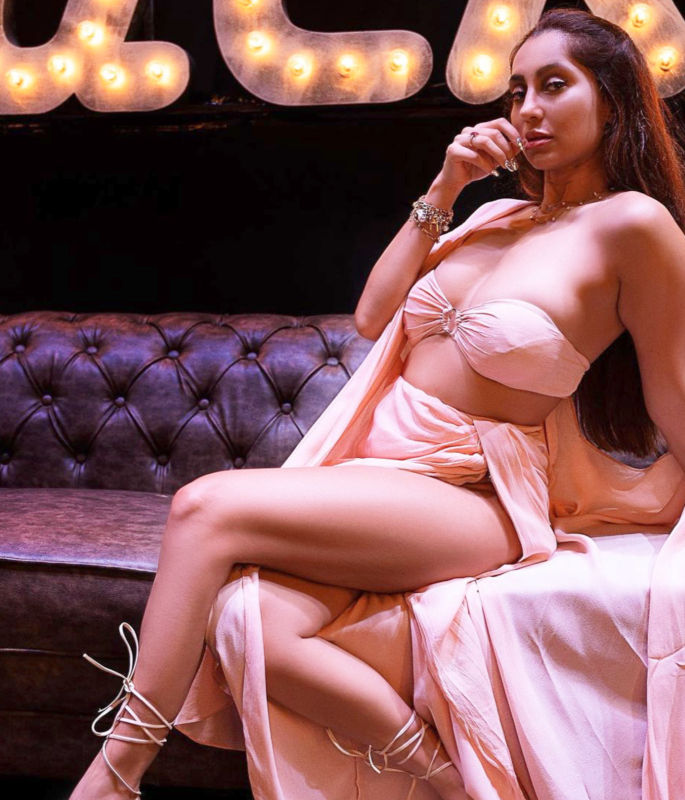 Ahead of his entry on the show, Karan Kundrra revealed in an interview that he had said all that he had to, about his past relationships and did not have anything new to talk about.

However, he also added that he was apprehensive about discussing them and understood they might be dug up on the reality show.

On the professional front, Anusha Dandekar started her career in the entertainment industry as an anchor in MTV’s House of Style and hosted several shows.

She made her Bollywood debut in 2003 with Mumbai Matinee.

She was seen in a dance number in Harsh Vardhan Kapoor-starrer Bhavesh Joshi Superhero. She also hosted MTV’s Supermodel of the Year.