Anushka Sharma pulls out the gold in her wardrobe 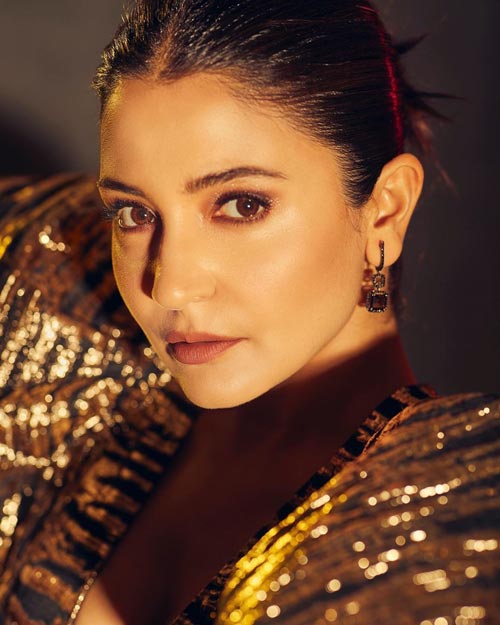 The gorgeous and the extremely talented actress Anushka Sharma also has a great fashion sense. She is an entrepreneur, who owns her own fashion brand called Nush. Over time the actress has redefined the take of people on fashion from dresses to the idea of fashion. She recently shared pictures from a shoot, decked up and ready to take on the world.

Anushka looks fancy in a gold and black asymmetrical metallic gown, gold is the glamour quotient to the attire. The gown has a plunging neckline with ruffled shoulders, it has dhoti pleats on one side and short on the other. The golden texture on the gown shows the actress is not scared to shine bright in gold.

She paired her outfit with T- stapped heels and accessorized it with brown gem danglers. The actress pulled back her hair in a center-parted neat bun to show her bronze illuminated face, brown ombre lips and gold metallic finished eyes. Check it out-