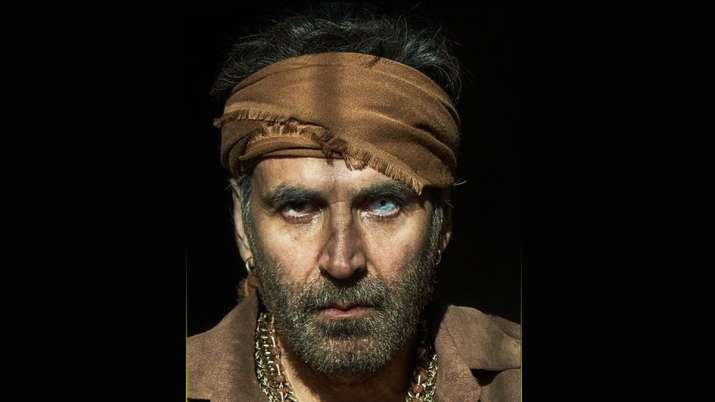 Bollywood actor Akshay Kumar has been teasing fans with his looks from his upcoming film Bachchan Pandey. While the film was supposed to hit the screen in 2020, the pandemic stalled the shoot which resulted in its delay. Now, the film has finally got a new release date and it is January 26, 2022. Currently, the actors have been shooting for the film and like every year, Akshay has booked Republic Day to treat his fans with the release of his much-awaited film.

Sharing a new poster of Bachchan Pandey, Akshay Kumar gave another sneak peek into his look from the film. He tweeted, “His one look is enough! #BachchanPandey releasing on 26th January, 2022!” The poster shows Akshay in a close up looking fierce. His one eye is blue and can be seen wearing chains in his neck. Check out-

Earlier, Akshay had shared another picture from the sets of Bachchan Pandey when he began shooting earlier this month. Sharing the look the ‘Kesari’ actor wrote, “New year, old associations…begun shooting for #BachchanPandey, my 10th film with #SajidNadiadwala, and hopefully many more. Need your best wishes and do tell me your thoughts on the look.” The cast including Kriti Sanon and Jacqueline Fernandez was in Jaisalmer

Directed by Housefull 4 fame Farhad Samji, the film is being reportedly shot in places like Gadisar Lake and Jaisalkot. Akshay’s eponymous character in the film ‘Bachchan Pandey’ is a gangster who aspires to be an actor, while Kriti Sanon essays the role of a journalist, who harbors dreams of becoming a film director.

The film also stars Arshad Warsi and Pankaj Tripathi. Arshad will be seen playing a friend of Bachchan Pandey.  “It’s a first time pairing for the actors. His (Arshad) track is integral to the narrative, with multiple shades and a special look,” the makers said in a statement.

Bachchan Pandey was initially scheduled to release on Christmas 2020, however, it had to be postponed due to the lockdown.