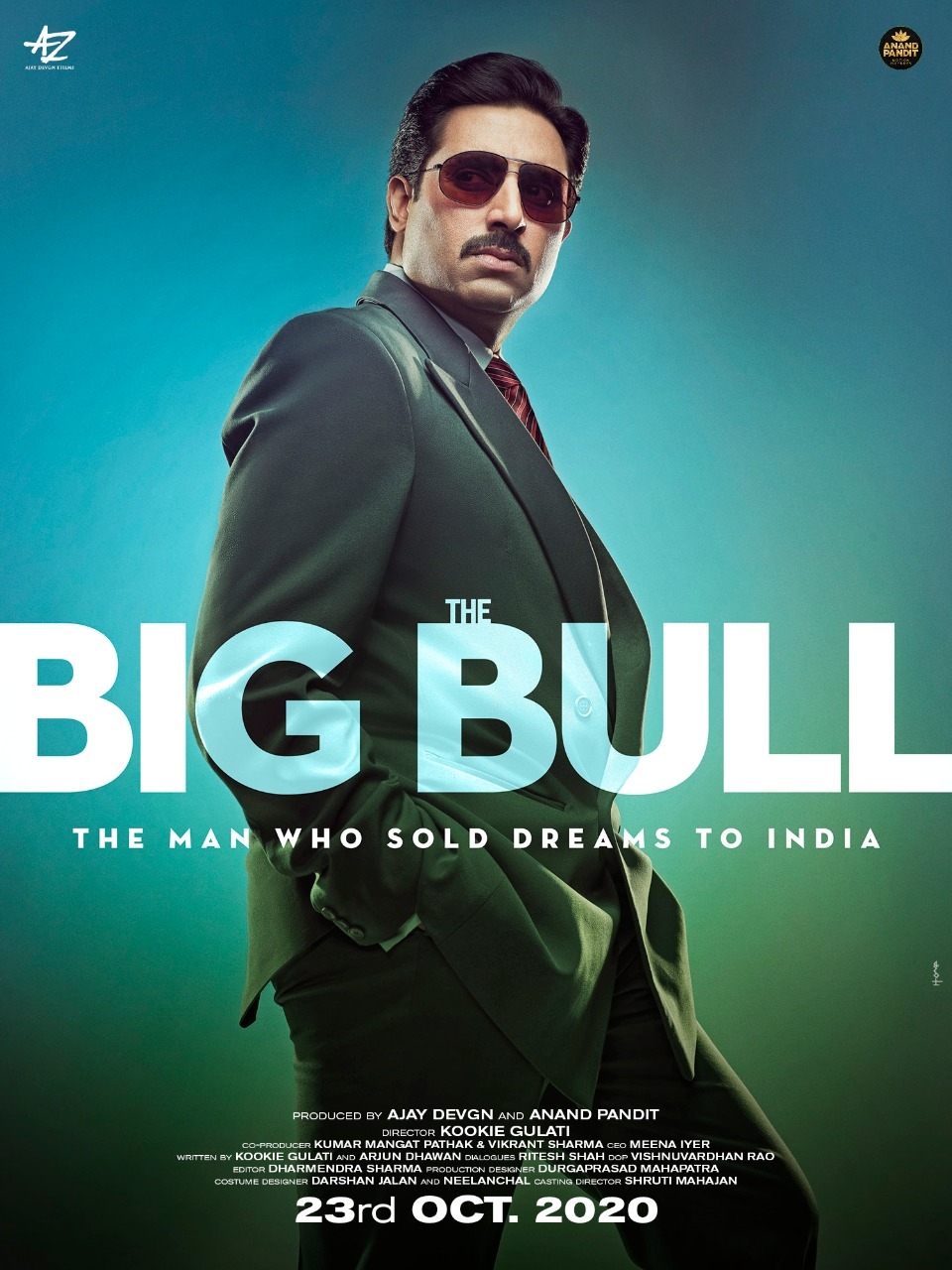 Bollywood actors Abhishek Bachchan and Ileana D’Cruz released the motion posters of their upcoming film The Big Bull ahead of it’s trailer release on March 19. Helmed by Kookie Gulati and produced by Ajay Devgn, Anand Pandit, Vikrant Sharma and Kumar Mangat Pathak, the film is a retelling of stockbroker Harshad Mehta’s life involving his financial crimes over a period of 10 years, from 1980 to 1990.

Abhishek Bachchan shared two motion posters of the film with the tagline in the caption, he wrote, “Bada banna hai? Toh bada socho!#TheBigBull releasing on 8th April only on @disneyplushotstarvip. #TheBigBullTrailer out in 2 days!” The poster has Abhishek Bachchan’s voice over with an intense background score.

Take a look at the motion posters:

The film features Abhishek Bachchan in the lead role. It also has Ileana D’Cruz, Nikita Dutta, Soham Shah, Ram Kapoor, Lekha Prajapati, Sumit Vats and Sanjeev Pandey in pivotal roles. Yesterday the makers released the teaser of the film which was well recieved by both audience and the critics. Sharing the teaser of the film on Instagram Bachchan wrote, “Introducing The Big Bull… The mother of all scams!!! Trailer out on 19th March. #TheBigBull releasing on 8th April.”

Earlier the film was supposed to hit the theaters on October 23 this year but due to the COVID19 pandemic, it’s release date has been postponed. Now, it will surpass the traditional theatrical release and will premiere on the OTT platform Disney Plus Hotstar on 8th April.