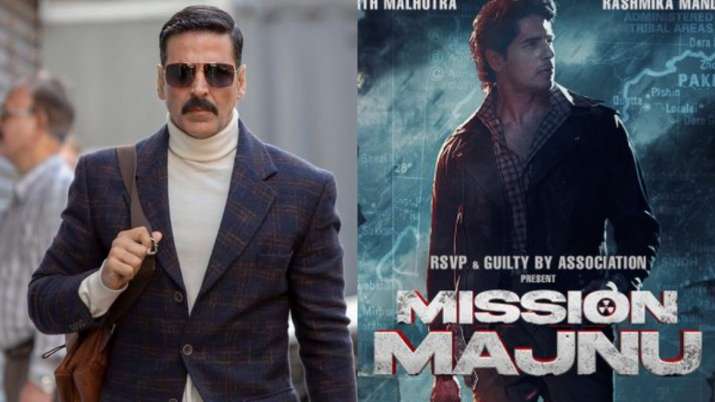 The Bollywood spy flick gets more ambitious this year, with a couple of top superstars signing up roles in the genre. Akshay Kumar, Kangana Ranaut and Sidharth Malhotra will give the Bollywood spy thriller new-age twist on big screen, even as Manoj Bajpayee continues with his escapades in the OTT space with The Family Man 2.

While the Hollywood hangover is still evident on Hindi espionage thrillers when it comes to form and execution, the new-age Bollywood spy banks heavily on pop patriotism for his mojo when it comes to content.

Here’s a list of some of the most awaited films in the genre.

This Akshay Kumar-starrer is inspired by true events. Set in the 1980s, Bell Bottom was one of the earliest Bollywood films to go on floors after the Covid-induced lockdown. Leaked photos from the sets went viral on social media during its shoot in Glasgow, Scotland, in September and fans were gushing about Akshay’s dapper retro look. The Ranjit M. Tewari directorial also stars Vaani Kapoor, Lara Dutta Bhupathi and Huma Qureshi. It is scheduled to release on April 2.

Kangana Ranaut recently announced on social media that her forthcoming film Dhaakad will be a “world class spy thriller”. The actress is currently shooting for the Razneesh Ghai directorial in Bhopal, which will show her in the avatar of a spy. The film is being shot by award-winning international cinematographer Tetsuo Nagata.

Manoj Bajpayee reprises his role as NIA agent Srikant Tiwari in the much-awaited second season of the superhit web series, The Family Man. Created, directed and produced by Raj and DK, The Family Man 2 also stars Priyamani, Sharib Hashmi, and Sharad Kelkar, while South star Samantha Akkineni joins the cast in the new season. It releases on February 12.

The Sidharth Malhotra-starrer espionage thriller draws from real life events, and marks the Bollywood debut of South actress Rashmika Mandanna. The film written by Parveez Shaikh, Aseem Arrora and Sumit Batheja narrates the story of India’s mission in Pakistan in the 1970s. The Shantanu Bagchi directorial, which casts Sidharth as a RAW agent, has just begun shooting in Mumbai.