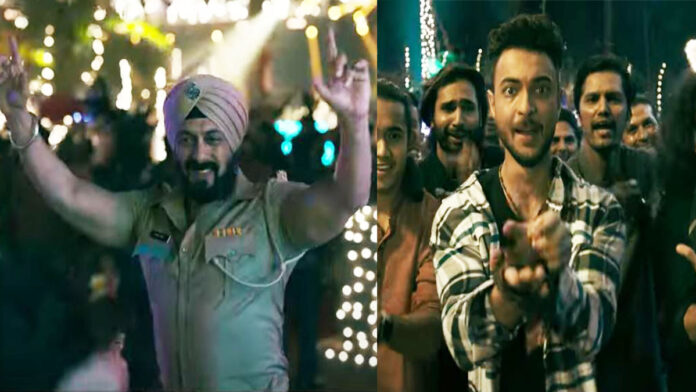 Salman and Aayush Sharma starrer Antim: The Final Truth has released a new song titled Bhai Ka Birthday. As the title reveals, the song revolves around a birthday bash. However, instead of celebrating India’s popular Bhai aka Salman’s birthday, the song celebrates a minister’s birthday instead.

The video begins with Aayush escorting the minister to his birthday bash and handing him a sword to cut his cake. The crowd breaks into a dance, playing around with each other and enjoying themselves while Salman remained stationed in his position, ensuring safety measures are taken. He eventually gives in to the music and breaks into bhangra.

Following the song’s release, a few fans took to the video’s comments section and called the song a birthday gift forSRK, who celebrates his birthday on November 2. “A gift from Bhai to all the SRKians for tomorrow!!! #HappyBirthdayKINGKHAN,” a fan commented on YouTube. “Bade bhai ka birthday hai made for king SRK birthday,” another comment.