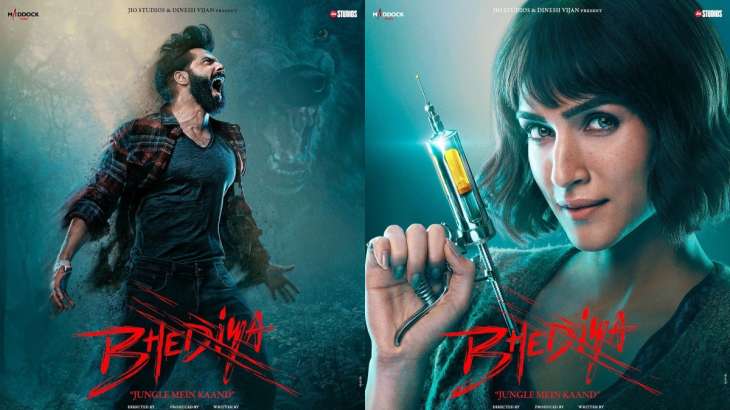 Varun Dhawan and Kriti Sanon are gearing up for the release of their upcoming film, Bhediya. The makers recently unveiled the teaser and it has piqued the interest of fans. Bollywood buffs have been on the edge of their seats anticipating the release. Now, they have dropped new posters for the film, and it has stirred the internet.

On Tuesday, the actors took to their Instagram accounts and shared the posters of the film. One poster featured Varun Dhawan in a never-seen-before avatar, and he was seen howling. Along with the picture, he wrote, “Get ready to Howl out Loud with the Bhediya.” Another poster featured Kriti Sanon, and she looked intriguing in short hair with an injection in her hand. Along with the picture, Kriti wrote, “Meet Dr. Anika! Bhediya ki doctor! Humans, please visit at your own risk

Speaking about the film, the Varun Dhawan-Kriti Sanon starrer is helmed by Amar Kaushik. It marks his third feature after Stree and Bala,