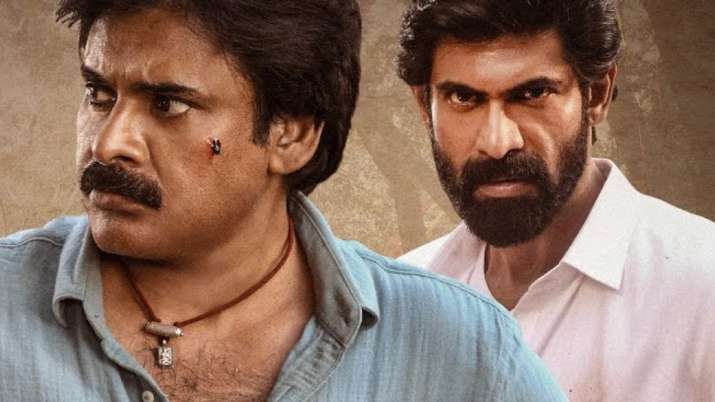 The Hindi dubbed trailer of Pawan Kalyan and Rana Daggubati starrer is out! Introducing the intense ego clash between a dynamic cop and a hot-headed wanna-be politician, the trailer is pretty impressive. Rana Daggubati, who is seen in an ego race with a cop, appears in a terrific avatar. “Who the hell is he? Is he a demi-God fallen from the sky?”, Rana yells, establishing their clash.

On the other hand, Pawan Kalyan plays ‘Bheemla Nayak’, an extremist turned into a cool, duty-minded Inspector, who doesn’t back off to punish the wrongdoings of Daniel Shekhar. Nithya Menen, who plays another powerful role in ‘Bheemla Nayak’ comes in the middle of the fight.

As the Hindi trailer of ‘Bheemla Nayak’ gives a glance at the war between ‘pride & self-esteem’, its trailer gives a good impression for the Hindi audience, who have been receiving the South Indian movies well, of late.

Directed by Sagar K Chandra, the movie also stars Murali Sharma, Samuthirakani, and Samyuktha Menon in lead roles. The screenplay is penned by Trivikram Srinivas, while S Thaman has composed the music. The Hindi release date for ‘Bheemla Nayak’ is not yet revealed by the makers.

Meanwhile, the Telugu film Bheemla Nayak has completed a week in the theatres. The film is doing exceptionally well across the globe. The film is enjoying a dream run at the box office worldwide.