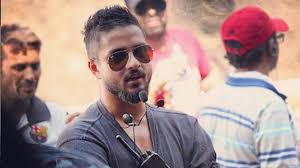 The Narcotics Control Bureau (NCB) will arrest Kshitij Ravi Prasad on Saturday in connection with their probe into the alleged Bollywood’s drug‘nexus’. Kshitij was briefly working with Dharma Productions in 2019 as an executive producer.

As per ANI, the formalities of his arrest are being completed. He was taken for a medical examination before the arrest.

On Friday night, filmmaker Karan Johar had shared a long note disproving claims that Kshitij was employed with his Dharma Productions. On Friday, NCB had questioned Kshitij and Anubhav Chopra in relation with the alleged drug-nexus in the Hindi film industry. According to Karan, he never know either of them personally. The filmmaker said Kshitij joined Dharmatic Entertainment, sister concern of Dharma Productions, in November 2019 as one of the executive producers on contract basis for a project, which eventually did not materialise.

Karan added that, in the past few days, sections of the media have resorted to “distasteful, distorted and false allegations”, and if the baseless claims continue to malign his image he wouldn’t be left with any other option but to legally protect his rights. “I hope the members of the media would exercise restraint else I will be left with no option but to legally protect my rights against this baseless attack on me,” he said.

Also read: Deepika Padukone was the admin of WhatsApp group in which drugs were discussed: report

Meanwhile, Deepika Padukone, Sara Ali Khan and Shraddha Kapoor reached the NCB office on Saturday morning in south Mumbai to record their statement in drugs probe linked to film star Sushant Singh Rajput’s death. His girlfriend, actor Rhea Chakraborty, who has been accused of abetting Rajput’’s suicide by his family, has been arrested in the drugs case linked to his death.