Bollywood’s buzz girl’ Sara Ali Khan has the perfect sunkissed glow on the cover of a leading magazine. Check out! 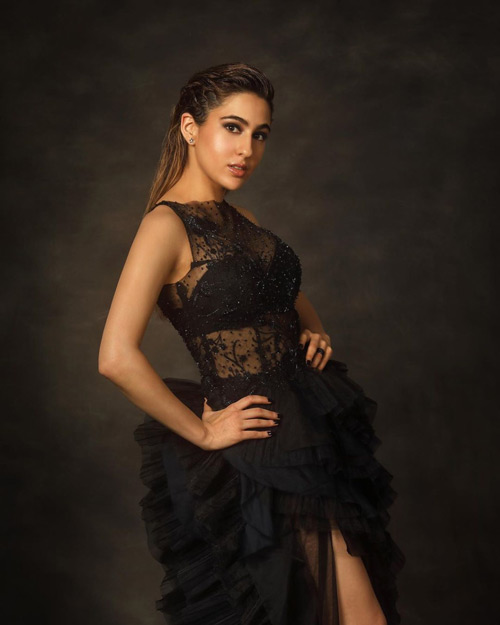 Sara Ali Khan is already on a promotional spree for her upcoming film, Love Aaj Kal 2 where she will be seen sharing the screen with Kartik Aaryan and the film is directed by Imitiaz Ali. Sara Ali Khan has always pulled off looks from classic to experimental and, always aces fashion with utter ease. Channelling her inner diva, Sara Ali Khan graced the cover of a magazine and she looks simple yet gorgeous in her desi avatar!

Sara Ali Khan without a doubt looks lovely as she dons a yellow Indian avatar and adding it a contrasting green Jhumkas. Going with her signature makeup look, the actress added a small black round bindi. Sara Ali Khan surely knows how to keep her looks on point every single time.

Sara Ali Khan has beautifully brought every character to life and the awards that she has achieved reflect that the success that she has garnered for herself ever since the debut.

On the work front, Bollywood’s buzz girl Sara will be seen in Imtiaz Ali ‘s romantic flick alongside Kartik Aaryan and with Varun Dhawan in ‘Coolie No.1’, respectively. With a trail of promising projects, both the films are slated to release this year.