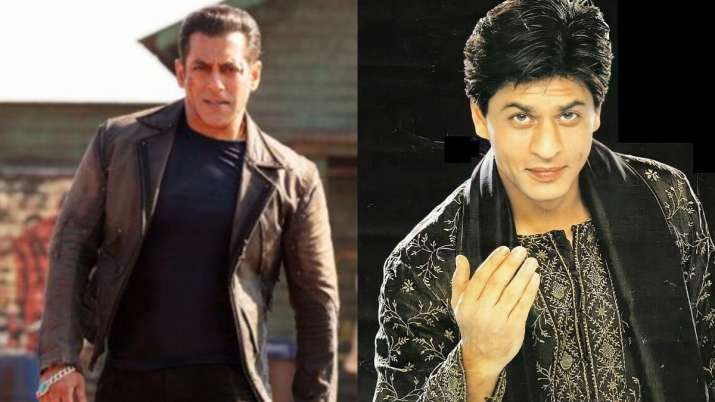 On the occasion of Eid-ul-Fitr 2021, let’s take a look at the evergreen movies that tried their luck on the festival and turned out to be the highest-grossing films of all time.

Festivals have always been a golden opportunity for Bollywood’s A-list actors and filmmakers to release their films. During the festivities, fans love to get indulged in the world of showbiz and watch movies with their friends and families. Many stars have managed to slot their films for an Eid, Diwali, or Christmas release and, consequently, received an overwhelming response by attracting crowds in larger numbers. While Shah Rukh Khan and Aamir Khan are known for their Diwali and Christmas releases, no one can beat Salman Khan when it comes to launching films on Eid. Since the 1990s, Eid has emerged as a peak business time for Indian movies.

Apart from the Khans of Bollywood releasing their movies on the auspicious festival, many other films have opened on Eid in the last couple of years and emerged as blockbusters. On the occasion of Eid-ul-Fitr 2021, let’s take a look at the evergreen movies that tried their luck on the festival and turned out to be the highest-grossing films of all time:

1. Beta (1992): The movie that gave Bollywood its ‘Dhak Dhak’ girl Madhuri Dixit, is a romantic drama, directed by Indra Kumar and written by Naushir Khatau and Kamlesh Pandey. It featured Anil Kapoor, Madhuri and Aruna Irani in lead roles. This is the first movie of the 90s that released on Eid and emerged as a blockbuster earning Rs 10 crores at that time.

2. Anari (1993): The romantic drama film, produced by D. Rama Naidu under the Suresh Productions banner and directed by K. Murali Mohana Rao, starred Venkatesh (in his Hindi film debut) alongside Karisma Kapoor. The movie earned Rs 3 crore and was tagged ‘HIT’ at the box office.

3. Judwaa (1997): The iconic movie that made fans groove madly on its peppy dance numbers is an action comedy film. Helmed by David Dhawan and produced by Sajid Nadiadwala, the movie was a multi-starrer that featured Salman Khan, Karisma Kapoor and Rambha in lead roles with Kader Khan, Dalip Tahil, Shakti Kapoor, Deepak Shirke, Anupam Kher, Satish Shah and Mukesh Rishi in supporting roles. Released on February 7, 1997, the film was successful at the box office with a total of Rs 13 crores.

4. Kabhi Khushi Kabhie Gham (2001): The success of a movie also depends on its release date along with other factors like A-lister stars, storyline and more. This is well proved by ace filmmaker Karan Johar through this iconic movie. Development of this film began in 1998, soon after the release of Karan’s debut film ‘Kuch Kuch Hota Hai’. Also known as ‘K3G’, the multi-starrer is a melodrama film written and directed by Karan and produced by Yash Johar. The film stars Amitabh Bachchan, Jaya Bachchan, Shah Rukh Khan, Kajol, Hrithik Roshan and Kareena Kapoor, with a special appearance by Rani Mukerji. It was a blockbuster film that earned Rs 55 crores at that time.

6. Bhool Bhulaiya (2007): Akshay Kumar‘s psychological horror-comedy film ‘Bhool Bhulaiyaa’ was released on the festival of Eid in 2007. It earned Rs 49 crores at the box office and is still considered one of the iconic movies of Bollywood.

8. Dabangg (2010): Salman Khan’s ‘Dabangg’ had released during the festival of Eid in nearly 2100 cinemas worldwide. It opened to mostly positive reviews and went on to gross 2.19 billion (USD 47 million) worldwide. It is the highest-grossing Bollywood film of 2010. Sonakshi Sinha made her Bollywood debut through this movie. ‘Dabangg’ also stars Arbaaz Khan and Sonu Sood in pivotal roles.

9. Bodyguard (2011): The romantic action-comedy, starring Salman Khan and Kareena Kapoor, co-written and directed by Siddique Ismail broke many records upon its release. On the first day of its release, it went on to become the highest opening day grosser as well as the biggest grosser ever for a single day up until then. The film grossed 1.03 billion (USD 14 million) in its first week, thus becoming the highest opening week grossing Bollywood film until then.

12. Kick (2014): Produced and directed by Sajid Nadiadwala, and starring Salman Khan, Jacqueline Fernandez, Randeep Hooda and Nawazuddin Siddiqui in lead roles, the film was released on Eid. ‘Kick’ grossed over Rs 402 crores worldwide becoming a blockbuster success. A sequel of the film with the same cast is slated to release on Eid 2023.

13. Bajrangi Bhaijaan (2015): The comedy-drama film directed and written by Kabir Khan and produced by Salman Khan and Rockline Venkatesh, features Salman, Kareena Kapoor Khan, Nawazuddin Siddiqui, and Harshaali Malhotra in the lead roles. The film received wide acclaim from critics and was a commercial success at the box office, grossing Rs 969 crore worldwide.

14. Sultan (2016): Another Salman Khan film in the row that also features Anushka Sharma in the lead, is a sports drama movie that released worldwide on 6 July 2016 and grossed INR 623.33 crore worldwide, and was one of the top five highest-grossing Indian films ever as per the box office.

15. Bharat (2019): The film that stars Salman Khan and Katrina Kaif in the lead roles, is the recent blockbuster that was released on Eid by Salman. Priyanka Chopra Jonas was first roped in for the role that was played by Kaif after Priyanka opted out of the film. ‘Bharat’ was theatrically released in India on 5 June 2019, on the occasion of Eid and turned out to be a hit with an earning of Rs 42.30 crores worldwide on its first day, becoming Khan’s biggest opening day release as per box office. It garnered Rs 325.58 crore in total.

Meanwhile, this list doesn’t end here for Salman Khan as his much-awaited film ‘Radhe: Your Most Wanted Bhai’ co-starring Disha Patani and Jackie Shroff in lead roles, released on the occasion of Eid-ul-Fitr on May 13, this year. The film is available on ZEE5 with ZEE’s pay-per-view service ZEEPlex on the Zee5 OTT platform and all leading DTH operators. The movie will release in over 40 countries, including a theatrical release in major overseas markets on May 13, 2021. The action flick by the Yash Raj Films banner, directed by Prabhudeva, was earlier scheduled to release on Eid 2020, but it could not see the light of the day due to the closing of film theatres owing to coronavirus-induced lockdown.