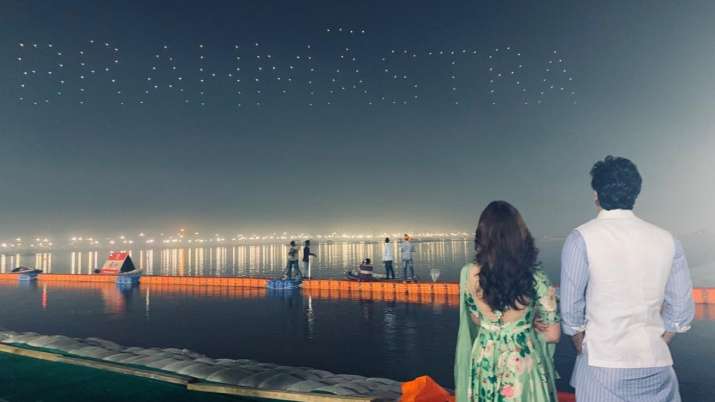 Ayan Mukerji’s ‘Brahmastra’ starring Ranbir and Alia in the lead role is undoubtedly one of the much-awaited releases of recent time. The multi-starrer project was slated to release in the year 2019 but got delayed to the summer of 2020 and then to December but could not hit the screens due to the COVID-19 pandemic. Well, the makers from the past few days have been sharing certain updates that have left fans talking about a possible release date. And the latest update on the same came on Saturday through an Instagram post made by the actress and the director which spoke about a poster launch event all set to take place on December 15 in Delhi and online.

Alia while sharing the same wrote in the caption, “Just as Ayan says: The time feels right! Come, step into the world of Brahmāstra with us on 15th December and be a part of this epic journey. Register now to meet us soon! Link in Bio #Brahmastra.” On the other hand, Ayan captioned the same, “Jai Mata Di ! #motionposterlaunch #finallyareleasedate #brahmastra (To register, click on – link in bio!).”

The text in the video read, “On December 15, we are launching our motion poster & introducing our Shiva at an exclusive fan event! Come, be a part of the world of Brahmastra with us! With love & light Ranbir, Ayan & Alia. Limited entry event so book your spot now! Date- 15.12.21 VENUE: Thyagraj Stadium, New Delhi TIME: 4PM (This event to be live streamed, details to follow).

This left the fans super-excited who went straight to Twitter and shared their excitement. Have a look:

Just a few days back, Ayan through an Instagram post hinted at something big coming soon. Taking to Instagram, he shared a BTS photo of the film’s leading hero Ranbir Kapoor. In the image, Ranbir can be seen sporting a rugged look while he seems to have a superpower in his hand. One can also see a burning flame in the background.

Alongside, in the caption, he wrote, “TheTimeFeelsRight Two and a half years ago, I started this Instagram journey, with Brahmastra’s Release a few months away. Then, we needed more time to perfect the movie. Then, I fell off Instagram. Then, the world stopped for a while. Through all of this, every single day, Brahmastra has been ON! Growing with all the love and dedication it has needed ! Waiting patiently for its Time.”