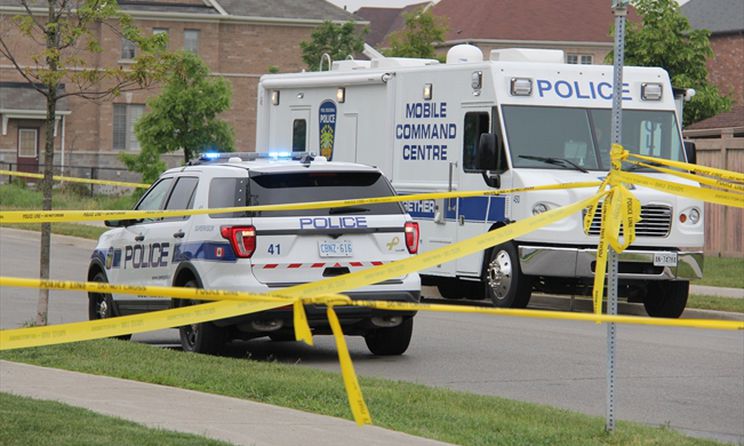 Peel Regional Police have taken a Brampton man into custody in connection with the death of his wife on Wednesday, June 2.

Around 9 p.m., police received reports of a woman who was located unconscious with obvious signs of trauma along a trail near  near Highway 410 between Mayfield Road and Sandalwood Parkway East.

The victim was found in life-threatening condition and died at the scene shortly after. Peel’s homicide and missing persons bureau has taken over the investigation.

Const. Danny Marttini said it appears the couple went for a walk in the evening and failed to return to their home.

“Whatever occurred between these individuals, it was obviously very fast, very traumatic,” she said.

“How it all came about, that’s obviously something we’re looking into … It’s a very sad circumstance right now.”

On Thursday, June 3, police identified the victim as Dalbir Randhawa, a 64-year-old from Brampton. Police said her husband, 64-year-old Jarnail Randhawa of Brampton, was taken into custody and will be charged with second-degree murder.

He will be held for a bail hearing at the Ontario Court of Justice in Brampton on Thursday, June 3

As a result of the incident, Highway 410 was closed between Mayfield Road and Bovaird Drive for several hours while investigators were searching for evidence.

The death is considered Peel’s sixth homicide of 2021.

In a news release, deputy chief Nick Milinovich said the death was a tragic loss of life that will “carry rippling impacts for family, friends and our community.”