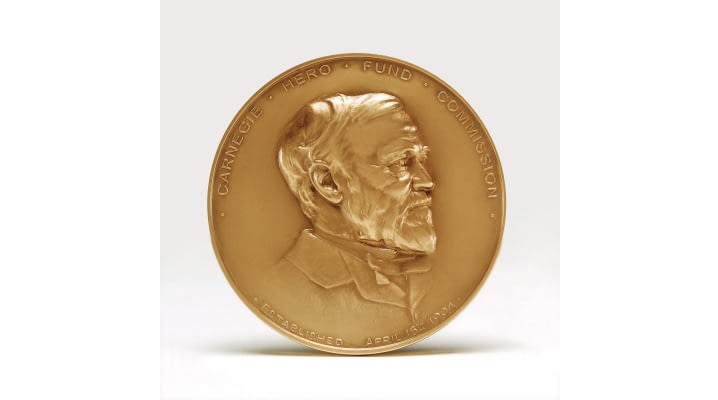 A Brampton man who saved the lives of three people involved in a violent car crash has received a prestigious international award for heroism.

Harmanjeet Singh Gill, also known as Harman Gill, is the recipient of the Carnegie Medal awarded to civilians who risk their lives to an extraordinary degree saving or attempting to save the lives of others.

Gill was 20 at the time when he saw an SUV burst into flames after it crashed into a home on Creditview Dr. near Williams Pkwy. in August, 2018.

Three men were trapped in the vehicle which had flipped onto its side.

Despite the danger, Gill ran up to the SUV and reached through the sun roof to pull one of the men out of the vehicle. Not done, Gill then returned to the burning SUV and pulled a second man to safety.

Returning to the car a third time, Gill had difficulty but with the help of another young man the third person was also rescued as flames fully engulfed the SUV.

Gill received some injuries to his hand and the three people who were rescued all survived the incident.

The Carnegie Medal has been awarded since 1904 through a foundation that was set up by American industrialist Andrew Carnegie to honour those who have been nominated for their heroism.