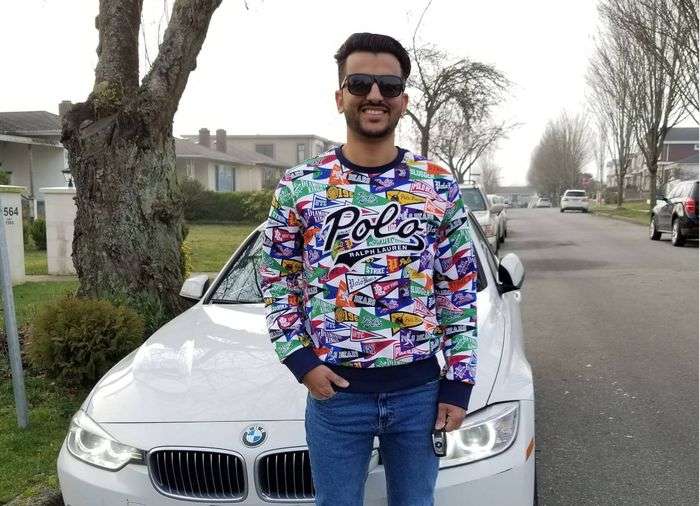 Vancouver police say alcohol and speed appear to be factors, and that the driver of the car2go had possibly evaded police during a CounterAttack roadblock.

A cab driver who died after a Car2go T-boned his taxi in east Vancouver early Sunday morning has been identified as Sanehpal Randhawa.

Vancouver police say alcohol and speed appear to be factors, and that the driver of the Car2go is believed to have evaded police during a CounterAttack roadblock earlier in the evening.

Around 3:30 a.m. Sunday, a Car2go entered the intersection of 1st Avenue and Renfrew against a red light and T-boned a Yellow Cab carrying two passengers.

“The force of the collision sent the taxi into the Royal Bank on the southeast corner, causing damage to the building,” according to a police statement.

First responders treated all four individuals, including the 20-something male driver of the Car2go, the 28-year-old male Yellow Cab driver (Randhawa) and two female cab passengers.

Both drivers and both passengers were taken to hospital for treatment but the cab driver did not survive. The Car2go driver remains in hospital with serious injuries, while the two passengers suffered non-life threatening injuries.

Media outlets have identified the driver as Randhawa Sanehpal,who has been driving with Yellow Cab since 2015.

Collision investigators with the Vancouver police believe speed and alcohol were factors in the collision; police also believe the driver of the Car2go had earlier in the evening evaded officers at a CounterAttack roadblock.

The Independent Investigations Office will also probe the collision, which is protocol for any cases involving police that result in injury or death.

Anyone who witnessed the collision or spotted either vehicle driving just before the collision is asked to contact investigators at 604-717-3012.

It is the city’s 14th traffic-related fatality of the year.