CBI shares update on Sushant Singh Rajput death probe: ‘No aspect has been ruled out’ 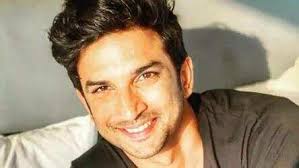 After Sushant Singh Rajput’s family expressed unhappiness about the Central Bureau of Investigation’s (CBI) probe into his death, the agency has shared an update about the status of the investigation. The CBI said that the probe is still on and no aspect has been ruled out yet.

News agency ANI quoted the CBI as saying, “The Central Bureau of Investigation (CBI) is conducting a professional investigation related to the death of Sushant Singh Rajput in which all aspects are being looked at and no aspect has been ruled out as of date. Investigation is continuing.”

Sushant was found dead at his Mumbai home on June 14. After a brief turf war between Mumbai Police and Patna Police, the case was transferred to the CBI last month. The Enforcement Directorate (ED) and Narcotics Control Bureau (NCB) are looking into the money laundering and drugs angles of the case, respectively.

Last week, Sushant’s family lawyer Vikas Singh said that the family is disappointed with the direction in which the investigation is heading. “The family feels that the investigation is going in such a way that the truth is not coming out. The NCB (Narcotics Control Bureau) case has become like the Mumbai Police investigation, all stars are now being called. The people called in and not are a part of a syndicate and not distributors. It is just a Mumbai Police type of investigation. Sushant’s case has taken a back seat,” the senior advocate said in a press conference on Thursday, according to ANI.

Also read | Irrfan Khan’s son Babil pours his heart out in moving note: ‘I’d give every cell in my presence to remember your skin’

Vikas Singh also raised questions about the CBI probe and said, “The investigation is not on track. I will not say I am not happy with CBI, but it’s the lack of importance that the case is getting is what I am worried about. The forensics response of the AIIMS should be made public that is what will satisfy the family.”

“Today, we are helpless as we don’t know in which direction the case is going. Till today, CBI has not done a press briefing on what they have found out. I am not happy with the speed at which the case is going,” he added.

Sushant’s death was ruled as a suicide by the Mumbai Police. However, his father alleged in a self-made video that the actor was ‘murdered’ by Rhea Chakraborty.