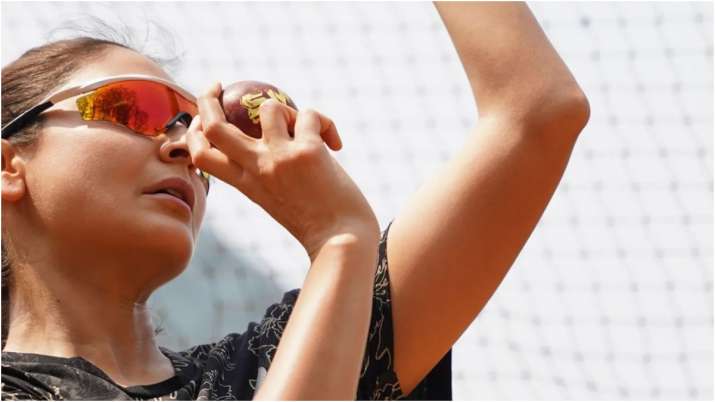 Produced by Anushka Sharma and her brother Karnesh Ssharma’s Clean Slate Filmz, Chakda Xpress is directed by Prosit Roy. Earlier, Anushka was sharing glimpses from her gym sessions as she was trying to get into the right shape for the role. Going a step ahead, Anushka has started training in the nets as she preps to bowl like Jhulan. The actress shared some pictures in which she is seen making a grip on a seasoned cricket ball. In another still, she flexes her arms as if to bowl. Through this post, she has indicated that the prep is on in full swing and the shoot will also commence sooner than later.

“It is a really special film because it is essentially a story of tremendous sacrifice. Chakda Xpress is inspired by the life and times of former Indian captain Jhulan Goswami and it will be an eye-opener into the world of women’s cricket,” Anushka Sharma said in a statement issued by Netflix at the time of the film’s official announcement.

“At a time when Jhulan decided to become a cricketer and make her country proud on the global stage, it was very tough for women to even think of playing the sport. This film is a dramatic retelling of several instances that shaped her life and also women’s cricket,” the actor said, calling the film “an underdog story” in the history of Indian cricket.

Chakda Xpress will mark Anushka’s comeback to the movies as an actress after 2018 film Zero.