Chulbul Panday’s most awaited Munna Badnaam to be launched in the grandest manner! 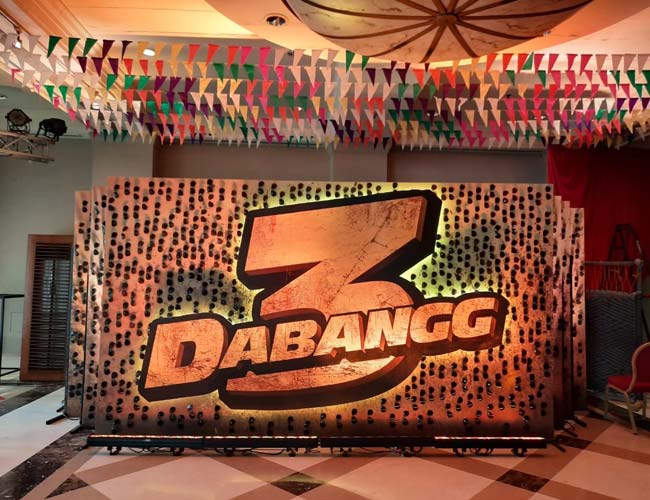 Chulbul Panday’s most awaited Munna Badnaam to be launched in the grandest manner!

Dabangg 3’s most awaited song Munna Badnam to be out today! The makers of the film seem to be prepped with enthusiasm for the lunch of the music video of the song.

The excitement amongst fans is almost uncontainable as the song is inching close to its release, Here are some pictures of the venue which looks nothing less than mesmerizing!

The song will be launched today at a venue in the suburbs of western Mumbai today evening and the location has been decorated in almost a celebratory manner.