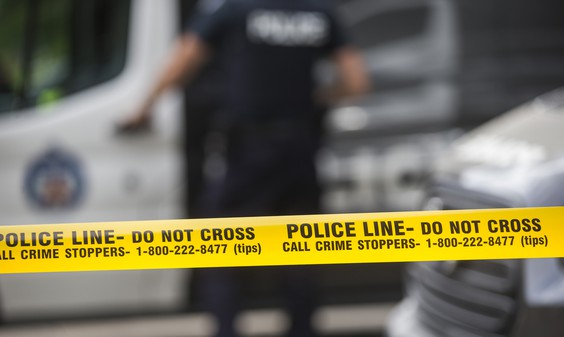 One man was stabbed to death and another is in custody after a street fight in Regent Park — the latest murder in what has been a violent month in the city.

The victim was rushed to hospital where he was pronounced dead.

Police took a suspect into custody.  Shalender Singh, 34, of Toronto, is charged with first-degree murder.

He appeared at College Park courts on Wednesday via video link and remains behind bars.

A baseball cap, headphones and backpack could be seen within the crime scene tape on Gerrard St. as forensics officers gathered evidence Wednesday morning.

The deadly stabbing is the 11th murder in the city since July 2 and the 43rd homicide victim of the year.

The killings so far this year include 21 victims who were gunned down, 10 who were stabbed to death and 12 who were killed by other means.