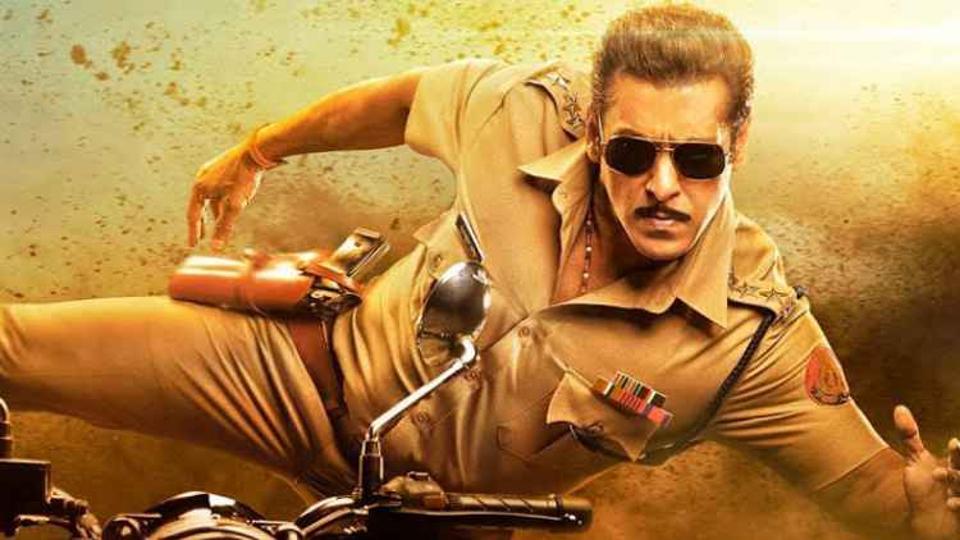 Actor Salman Khan is all set to return with the next iteration of his hit franchise Dabangg that sees him reprising his role as bent cop Chulbul Panday. The trade is bullish about the Prabhudeva film, expecting it to repeat the box office feat the two earlier films achieved.

Film trade analyst Girish Johar expects the film to open at around Rs 25-30 crore. Salman has already delivered Bharat this year, which entered the Rs 200 crore club. While the cop drama will witness a wide release across India and in abroad, it may not be able to beat Bharat on day one, which recorded a massive opening of Rs 42 crore.

Talking to Hindustan Times about why Dabangg 3 stands a good chance at the ticket counters, Girish said, “First of all, it’s a Salman Khan and has also been dubbed in other languages (Kannada, Tamil and Telugu). Kichha Sudeep is a big superstar in the South and has a strong fan following. Salman has a pan-India following and Dabangg is a hit franchise. Since it is expected to be a paisa vasool entertainer with romance, music, drama and action, I am expecting a very good start.”

Dabangg 3 will open at over 3000 screens across India. On being asked about why the film may not be able to beat the opening figures of Bharat, Girish says, “Bharat was a holiday release but Dabangg 3 releases on a working Friday.”

Salman Khan and his team including Sonakshi Sinha and debutante Saiee Manjrekar have a lot to look forward to. The film may record a lower opening than Bharat but can probably beat the domestic collection of the film (Rs 211 crore), amid positive word of mouth. The advance booking of the film had begun a week ahead of its release but was available on limited screens.

Dabangg 3 can still record the second or third highest non-holiday opening for a Bollywood film. Ranbir Kapoor starrer Sanju acquires the top slot with an opening of Rs 34.75 crore. Directed by Rajkumar Hirani, the film had released on June 29 last year.

Dabangg 3 is the third installment in the hit franchise and is a prequel to the previous films. It also stars Dimple Kapadia, Pramod Khanna, Arbaaz Khan and Mahie Gill.