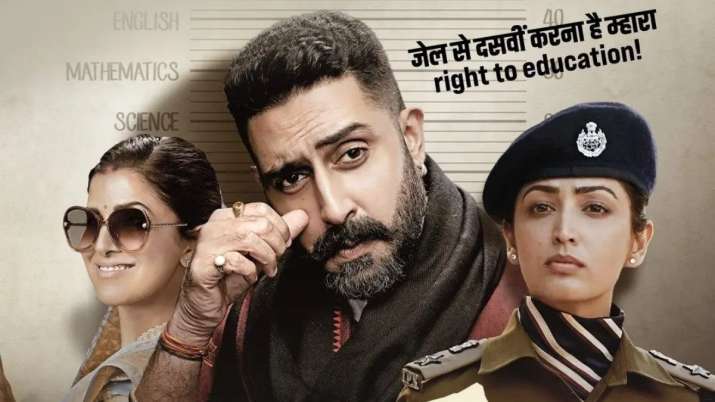 Abhishake Bachan, Yami Gautam and Nimrat Kaur’s Dasvi, which was released on Netflix and Jio Cinema has surprised netizens. The film which was released on streaming platforms is being hailed by Twitterati for its unique plot. Many are also heaping praise on the star cast for their performances in the film which is produced by Dinesh Vijan and Jio Studios, directed by Tushar Jalota.

In the film, Abhishek is seen having a blast in his raw and rustic Jaat avatar. Yami Gautam is powerful and piercing in the role of a ‘dhaakad’ IPS officer, while Nimrat Kaur is a delightful surprise as the feisty wife with a taste for her hubby’s beloved kursi. The story of the film revolves around a crooked yet witty politician, who decides to attempt his 10th class Board exam while serving a jail term.

“I was getting worried with the lack of focus in the screenplay of #Dasvi but got pleasantly surprised as it drew me in, especially due to the evolution of the relationship between #AbhishekBachchan & #YamiGautam. Despite it’s flaws, Dasvi has its heart in the right place,” wrote a Twitter user.

“It touches the important issue on education but keeping the narrative light &interesting @juniorbachchan is terrific as Jaat CM, but it’s @yamigautam who is the scene stealer for me. Her 360 degree skills are amazing to see. Outstanding!” wrote a third one.

Dasvi is a social comedy that tells the story of Ganga Ram Chaudhary, an anpadh, corrupt and dil se desi politician who finds a nayi chunauti in prison: education. Now, passing dasvi kaksha is his next manzil! With a quirky biwi by his side and a rough-tough jailor on his trail, what happens to this natkhat neta forms the crux of the plot.

The film, which is presented by Jio Studios and Dinesh Vijan and produced by Maddock Films and Bake My Cake Films, has been directed by Tushar Jalota.

The film is available to stream on Jio Cinema and Netflix from April 7.