Pictures from the set of Pathaan in Spain have leaked and Deepika Padukone has raised temperatures in a yellow bikini.

The actress was seen filming in the neon yellow swimsuit.

She was shooting near a pool before staff surrounded her, covering her with a padded jacket.

Deepika showed off her toned figure as she sported wavy hair.

The actor had spoken about a glamorous song that the Pathaan cast is shooting in Spain, which is being choreographed by Vaibhavi Merchant.

“She is in Spain shooting for this big actioner for Yash Raj with ‘the king’ Shah Rukh Khan and ‘sexy sexy’ John Abraham.”

Ranveer also revealed that he and Deepika had a discussion about John Abraham’s body.

Speaking about the song, Ranveer said:

“I’ve heard the song. It’s amazing. It’s Sid Anand and Vishal-Shekhar. You get the vibe. I think Vaibhavi ma’am is shooting the song.

“So, she is now with Deepika in Spain. They are collaborating for the first time. Isn’t it strange that their paths have not crossed?” 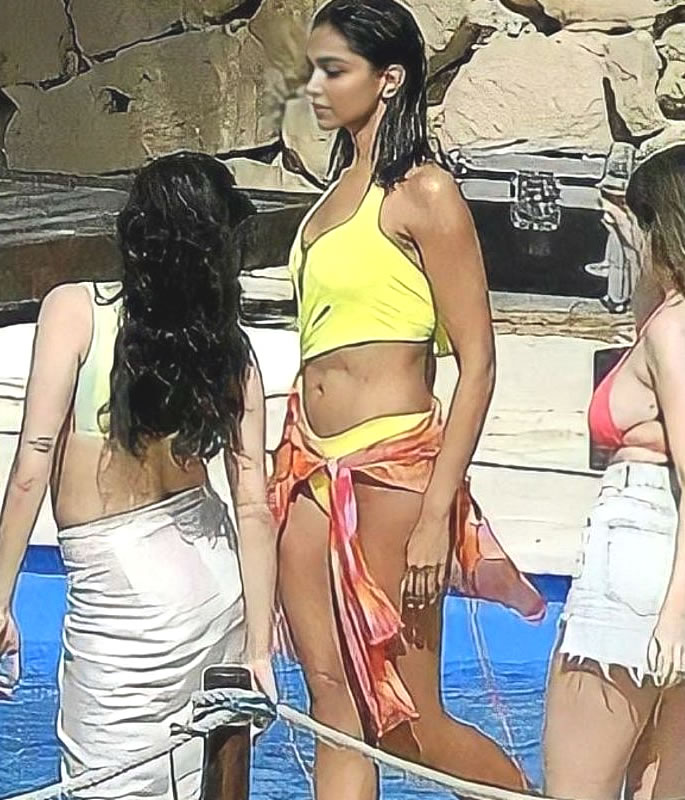 He then teased Deepika’s “glamorous” look.

“It’s exciting because I have the privilege of being her husband so she gives me a sneak peek of how she’s looking, my god.

“You guys will have to wait for it man. She’s just scorching it. Superfit and super glamorous. Shaleena (Nathani) is styling her.

“I have seen a sneak peek and it looks like the screen will catch fire. So that’s the wifey update!”

It appears as though he underwent a dramatic body transformation. 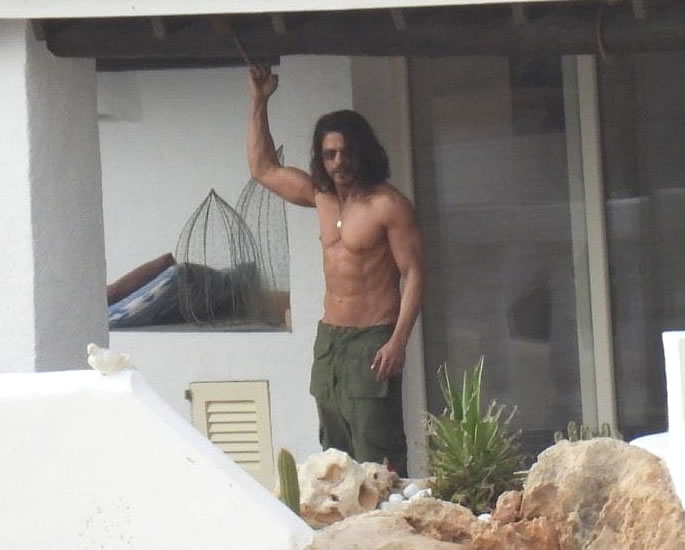 As he stood on a balcony, SRK was seen with long hair and sunglasses.

But the main talking point among social media users was his muscular body. The superstar showed off his abs and biceps as he shot the film.

Pathaan has been directed by Siddharth Anand and it is said to be a patriotic film about the mysterious Sikandar Pathaan (Shah Rukh Khan).

Deepika Padukone and John Abraham co-star and the film is set to be released on January 25, 2023.