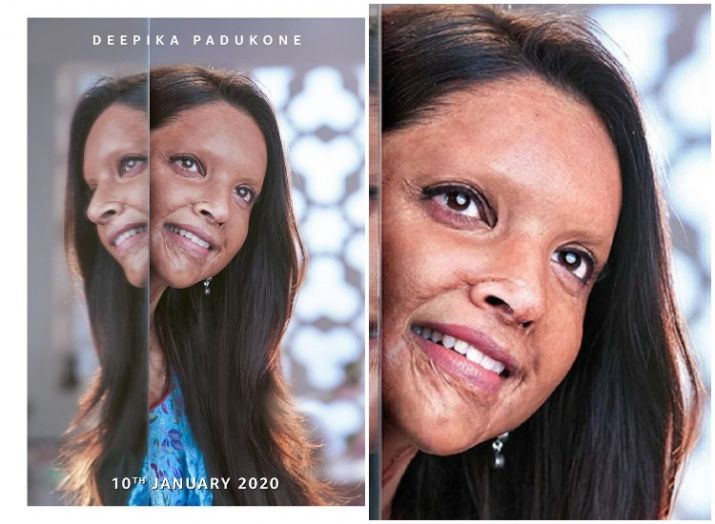 English activist and acid attack survivor Katie Piper has written a long note of appreciation for the trailer of Deepika Padukone’s Chhapaak. Katie said that it ‘took her breath away.’

Katie added that she watched the trailer 3-4 times to let it all sink in. “Chhapaax @deepikapadukone new movie Watching this trailer took my breath away. I had to watch 3/4 times for it all to sink in. This film explores what it really means to survive an acid attack in Indian. Based on true events the film follow Maltis traumatic medical journey and her fight for justice in a legal battle against her attacker a man who couldn’t cope with her rejecting his advances. Maltis face is permanently scarred but not her spirit, that is unbreakable. An untold story of trauma and triumph,” she wrote in her note. 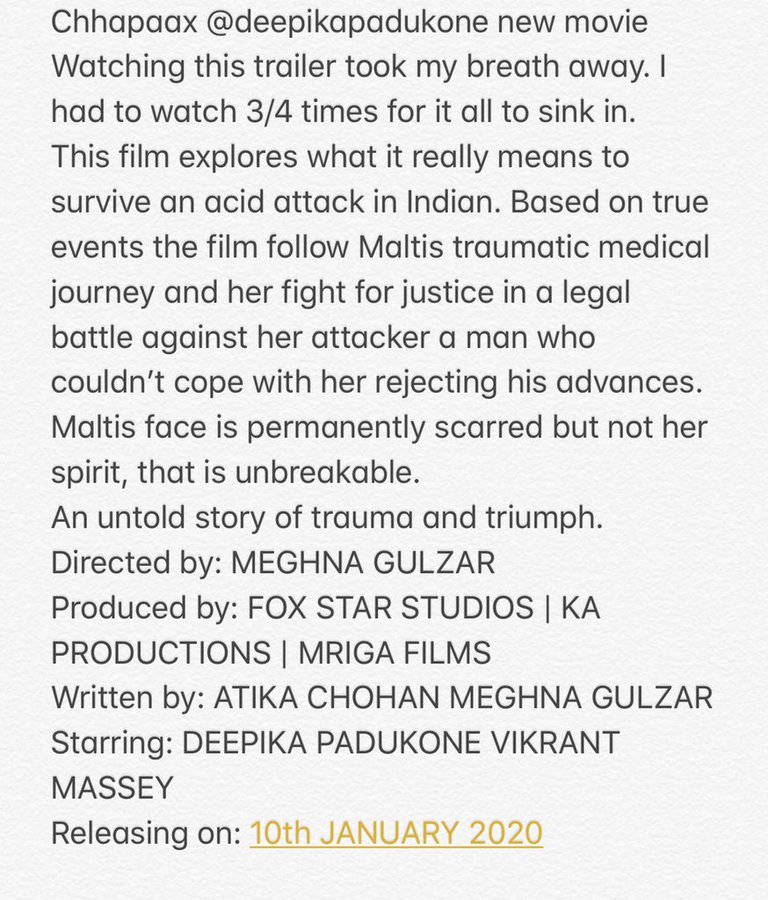 Deepika retweeted her post and said she hopes to meet her soon. “Thank You so much for your shout out Katie and I look forward to meeting you sometime soon,” she wrote.

Katie was attacked with acid by her ex-boyfriend and his accomplice in 2008. The attack caused major damage to her face and even blindness in one eye. The attackers are currently serving life sentences.

Also read: Salman Khan may quit Bigg Boss 13, says ‘part of mine wants to cut that part and throw it out’

Before Katie, Kangana Ranaut’s sister Rangoli Chandel had also praised the film’s trailer. Rangoli, too, is an acid attack survivor.

Chhapaak is based on the real-life acid attack survivor Laxmi Agarwal, who was attacked in 2005 at the age of 15. Deepika called the film the most special in her career. “Usually, we need to sit through the narration process and decide whether you want to do a film or not, it’s not often when you come across a story where instantly within the first few minutes of meeting a director that this is what you want to commit your life to… and Chhapaak has been such a film,” she said at the trailer launch.

“It’s been an incredible journey emotionally. Irrespective of how it’s received and how it does, it will be the most special film of my career. We have made it with a lot of love passion enthusiasm and responsibility,” she added.

Chhapaak is being co-produced by Deepika and Fox Star Studios, and marks her debut as a producer. This also marks the first collaboration between Deepika and Vikrant Massey. The movie is set to hit theatres on January 10, 2020.