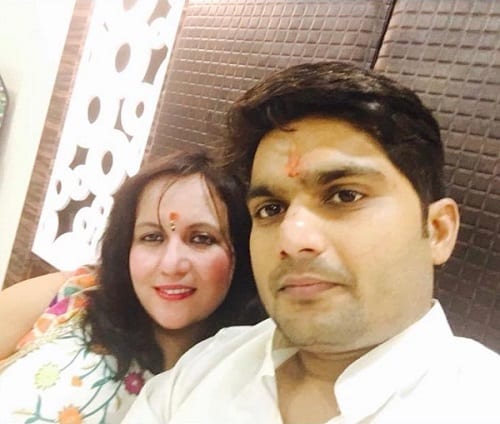 Stranded in India for months now and desperate to return home, Rajpal Sandhu was elated when he got the news that a new repatriation flight had been announced from Delhi to Perth.

Given the recent restrictions enforced by the Australian Government on the number of international passengers allowed to enter Australia, each new flight announced offers a ray of hope.

Raj dropped everything and hopped onto the website – tickets were about to go on sale.

Some fifteen minutes later, the flight was booked out, with six seats left in business class.

“I barely had enough time to fill in the paperwork before getting on to the tickets – and there was such confusion there, like do we need a G2G pass, or don’t we – and there was no one who seemed to be able to give us reliable information,” a dejected Raj lamented later.

“This has been happening since May,” Raj, a Perth resident, revealed. “We are constantly on the lookout for a flight to be announced, and when one is, it is booked out in a matter of minutes. When we do manage to get a booking, the flight is cancelled or postponed, and we then begin to chase the refunds.”

Refunds are costed at $150 each, and often take a month to process.

“My wife, a recent Hodgkin’s lymphoma survivor and currently not working, is single-handedly caring for our kids 10 and 7, even as my own income has fallen in the last four months,” he revealed.

Raj flew to Haryana in India in February when his dad met with an accident. His father succumbed to injuries in hospital, and Raj stayed back to help his family. The lockdown came only days later.

Currently, his days are spent trying to find ways to get back home – and waiting for 8th August when the cap is loosened on the number of flights allowed to enter Australia.

“In my WhatsApp groups, we are generating a thousand messages per hour, and there is much confusion and frustration.”

The suggestion has been made that the tickets are taken as soon as they are announced, by agents who then on-sell at exuberant prices. Regarding the latest flight to Perth, social media comments suggested that the link to the bookings was ‘accidentally leaked’ hours before it was open to the public.

Another resident of Perth, Deepa Sharma is struggling to find a flight that will bring her family of three back home. They have been stranded in Delhi ever since a family wedding four and a half months ago.

“Australia already had a rising number of recorded cases when we left there, but India had not shown confirmed signs of COVID-19. We never expected the situation to blow up like this,” she told Indian Link.

Deepa tried booking seats on charter flights but has been unsuccessful.

“I booked flights for 10th and 18th July, both were cancelled.”

As a software analyst, she was able to work remotely from Delhi until June. She was let go after her employer reported COVID-related losses.

“We’ve now become a one-income family. I cannot even apply for Job Keeper assistance because I’m not physically in Australia. I’ve now had to cancel my lease in Perth.”

She was distraught when the Australian government announced a cap on residents returning home. For a family of three to be quarantined on arrival, the fee is $5000 and one-way tickets to Perth are around $3800 each.

Deepa is now seeking employment with other companies in Australia. She says the interviews go well but the uncertainty of her return becomes the deal-breaker.

“Initially, we were calm because there were many like us stuck here. After losing my job, I’m getting more and more frustrated.”

“I have been paying taxes to the Australian government for the last four months while I was employed. Where are my taxes going?” Deepa said expressing her disappointment in the lack of assistance by the Australian Government.

The ‘intolerable uncertainty’ of it all has begun to take a toll on mental health, Simon Quinn. The Delhi-based expat who has helped many Australians return home said in a recent plea to Prime Minister Scott Morrison.