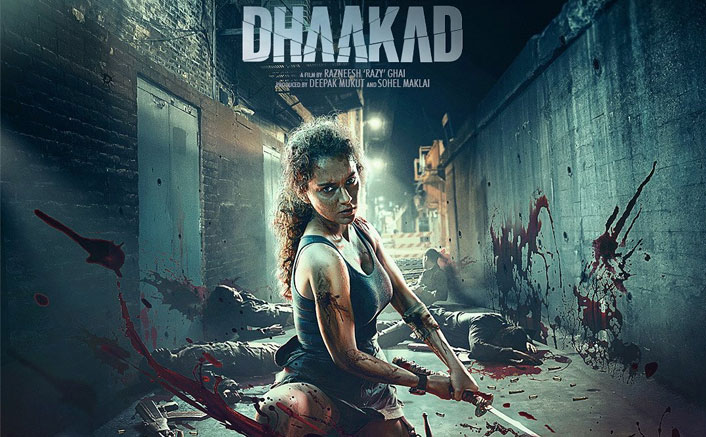 The second trailer of Kangana’s upcoming film ‘Dhaakad’ is here! Essaying the role of Agent Agni, a spy, the actress’ fierce avatar will give you goosebumps. Taking to her Instagram, Kangana dropped the trailer video and wrote, “Watch action packed second trailer here …Watch #Dhaakad Trailer2 Now. #Dhaakad is releasing in theatres on 20th May 2022. Music on @SREMusic. #AgniAaRahiHai.” The actioner led by Kangana, stars Arjun Rampal, Divya Dutt and Saswata Chatterjee along with a power-packed ensemble cast.

In the film, Kangana Ranaut as Agent Agni, will stun audiences with her seven different looks and multiple combat scenes which have been designed and choreographed by international technicians. Kangana Ranaut will be seen in unique hairdos and in combat attire showcasing her warrior avatar. ‘Dhaakad’ will see Arjun and Kangana battling each other and their duels are clearly to be relished on the big screen. It is no less than the clash of the titans and the combat sequences have a never-seen-before quality to them.

Dhaakad is a high-octane spy thriller made on a lavish budget. In terms of appeal, the film is also the country’s first big scale multilingual project to be headlined by a female superstar. It will be released in four languages – Hindi, Tamil, Telugu and Malayalam. This is Kangana’s second pan-India outing after the ‘Thalaivi’, based on the life of Jayalalitha.

Recently, Kangana Ranaut claimed that several celebrities at Salman’s sister Arpita Khan’s Eid party praised Dhaakad’s trailer. In an interview with Siddharth Kannan, Kangana said, “I recently went to a Bollywood party (Aayush Sharma and Arpita Khan’s Eid party), every person who was at that party, they were only talking about the trailer. Mera kehne ka matlab hai jab aap itne bade level pe ek trailer se impressed hai sab ke sab toh itna chupaayi hui baat kyun hai (What I mean to say is if you are so impressed by the trailer, why is it kept a secret?).”