Dharmendra shares iconic scene from Mera Naam Joker, says ‘it was a dream’ to work with Raj Kapoor. Watch 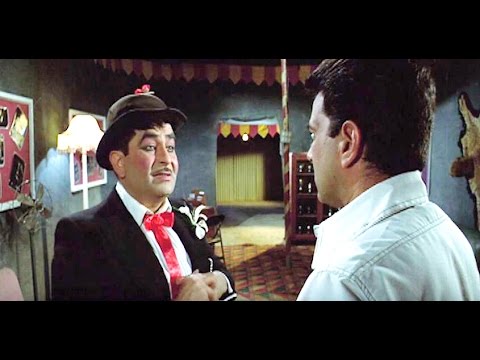 Dharmendra shares iconic scene from Mera Naam Joker, says ‘it was a dream’ to work with Raj Kapoor. Watch

Dharmendra has shared an iconic scene from Mera Naam Joker on Twitter, remembering the days of him working with legendary actor-filmmaker Raj Kapoor.

Veteran actor Dharmendra has shared a memory from his 1970 film Mera Naam Joker, which had Raj Kapoor in the lead role. The actor on Saturday said that it was his dream to work with the legendary Bollywood actor-filmmaker.

Dharmendra shared a scene from the film on Twitter and wrote, “It was a dream, to work with Raj sahab.” It shows Raj Kapoor grieving over the death of his mother when Dharmendra, the circus owner, asks him to get up and entertain his audience as that’s what a joker is supposed to do. Dharmendra tells Raj Kapoor in the scene, “Let the world know how big-hearted a joker is.” The scene is from the last segment when Raju’s mother dies of a heart attack after watching him perform on a trapeze.

It was a dream , to work with Raj sahab

Mera Naam Joker marks the first film of the late legendary actor-filmmaker with Dharmendra. It was one of the most celebrated films of Kapoor. The film won three National Awards including one for Rishi Kapoor, who made his acting debut as a child artist in the film.

Rishi died last month after a two-year battle with leukaemia. Rishi and father Raj Kapoor are now seen in family pictures regularly shared by their family members on Instagram. Rishi’s daughter Riddhima has shared group pictures of the Kapoor family in the past few days.

On the day of Rishi’s death on April 30, niece Karisma Kapoor had shared a rare picture that had three generations of the Kapoor family in the frame. She captioned it, “Always looking over family… chintu uncle will miss discussing food and restaurants with you.. #uncle #legend.” The black-and-white picture shows a young Karisma standing besides her grandfather Raj Kapoor, who has his hand over her head as a blessing gesture. Rishi is seen looking at the two of them from a distance.