Did you know these facts about Ekta Kapoor’s The Verdict 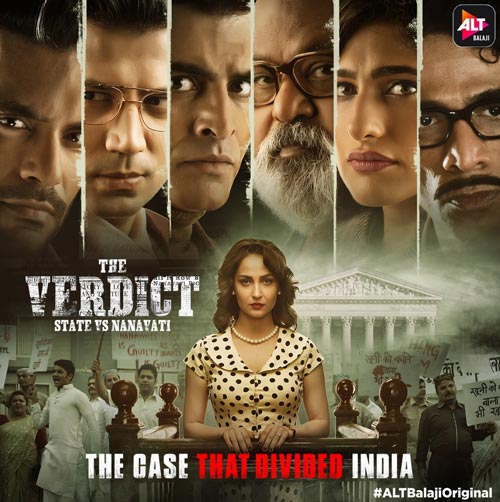 Did you know these facts about Ekta Kapoor’s The Verdict – State Vs Nanavati? You cannot miss!

Content czarina, Ekta Kapoor who is known for her unique projects has made a series for her OTT platform, ALT Balaji and presents the highly controversial case of a Naval Commander K. M. Nanavati who killed his wife’s lover, Prem Ahuja is one of the landmark cases in the history of India- straight from the files for the audiences!

The show is based on one of the benchmark cases from the Indian judiciary files which is till date one of the most frequently written about cases. Right from the year it happened in 1959 up till today, there have been many different takes of the case, and interestingly, there have been films and books written on it.

Exactly after the verdict of the case was announced, a film was made by Sunil Dutt, ‘Yeh Rastey Hain Pyar Ke’ and exactly after a decade one more film was being made on it ‘Achanak’ starring Vinod Khanna. After many years actor, Akshay Kumar starrer Rustom was made.

Apart from the films, there have been several books written about the case, such as ‘Nanavati ka Mukadama’, ‘The Death of Mr Love’ and ‘In Hot Blood: The Nanavati Case That Shook India’ apart from others.

While so many films and books were written about the case but nothing ever displayed all the sides of the case, which is the most important component of Ekta Kapoor’s The Verdict – State Vs Nanavati.

The foremost important aspect of the web show is that the makers have taken the time and effort to show every single side of the case, with a balanced view- bringing reality to the screens!

Right from showing the involvement of then Prime Minister, Jawaharlal Nehru to the emotional ride with regard to the the kids of Kawas Manekshaw Nanavati and Sylvia Nanavati, along with their parents and their family members- everything has been captured with the minutest details.

Because it is a web series and as there is less restriction on OTT, the makers have taken to the opportunity to the fullest to show the details about the case, and they have explored different characters and their point of view.

Directed by Shashant Shah, the 10-episode series is based on the real-life incident of 1959 and follows the trial of naval officer KM Nanavati who shot three bullets from his revolver at a businessman and later confessed his crime to the police. Even after six decades the infamous story of K.M. Nanavati Vs. The state of Maharashtra is still one of the most sensational criminal cases in India and mark a landmark judgment in the history of India.

ALTBalaji’s The Verdict – State Vs Nanavati will have a whole host of theatre veterans playing pivotal roles which is all set to release on September 30.