Dilip Kumar (1922-2021): His contributions to cinema will reverberate for decades to come 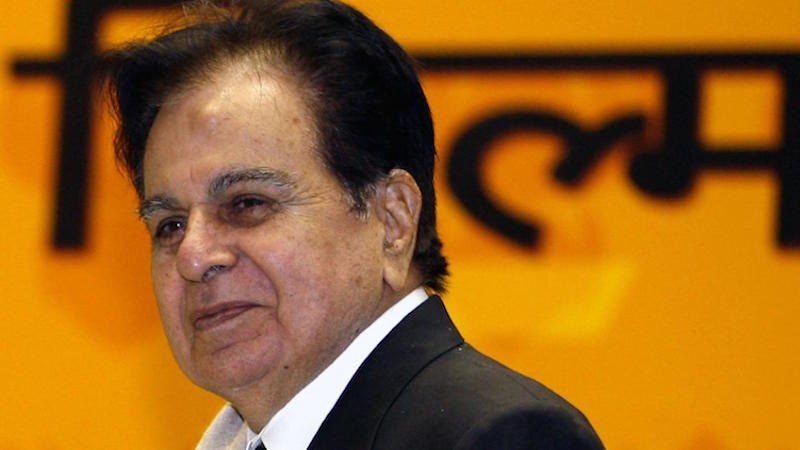 The death of dalip kumar on Wednesday draws the curtain on the Golden Age of Hindi cinema. In six decades and in over 60 films, the actor extraordinaire played a range of characters with acute sensitivity and unmatched finesse. He is associated with some of the greatest Hindi films and the most memorable songs. His contributions to the craft of performance will reverberate for decades to come.

Dilip Kumar was felicitated with several awards, including the Padma Bhushan, Padma Vibhushan, and Nishan-e-Imtiaz, Pakistan’s highest civilian honour. He is frequently described as the Tragedy King of Indian cinema, but his legacy is far too rich to be summarised by a single epithet.

He was born Mohammad Yusuf Khan on December 11, 1922, to Ayesha Begum and Mohammed Sarwar Khan in Peshawar in undivided India. He was the fifth of 12 children. The father was a fruit merchant who, in the 1930s, moved with his brood to Kolkata and later Mumbai.

In Mumbai, Yusuf Khan studied at Anjuman-i-Islam High School and later at Wilson College and then Khalsa College. At Khalsa College, he met Raj Kapoor, who, like him, would become one of the biggest names in Hindi cinema. The Khans and Kapoors knew each other from Peshawar. The future screen icons forged a bond that continued until Kapoor’s death in 1988.

“He was very shy and used to turn purple whenever we’d ask him to make an appearance in a college play,” Raj Kapoor told Bunny Reuben in Dilip Kumar The Definitive Biography (2004). Yusuf Khan preferred cricket and football to theatre. “My only ambition was to learn the ropes of Abba’s business, earn lots of money and keep the family happy,” Dilip Kumar told Reuben.

In 1942, an acquaintance directed Khan to Devika Rani, the Bombay Talkies studio head. Devika Rani offered Khan a monthly salary of INR 1,250 and advised him to change his name.

Kumar concealed his new assignment from his father and quietly made his debut with Jwar Bhata in 1944. Filmindia editor Baburao Patel, known for his acerbic tongue, commented in his review that the actor “needs a lot of vitamins and a prolonged treatment of proteins before another picture can be risked with him”.

Dilip Kumar persevered through Pratima (1945) and Milan (1946). Vindication of his talent arrived with the romance Jugnu (1947).

Kumar’s next film Shaheed (1948) marked the beginning of a successful pairing with Kamini Kaushal, who acted with him in several films, including Nadiya Ke Paar (1948) and Shabnam (1949). The turning point was Mehboob Khan’s Andaaz (1949), a love triangle that also featured Nargis and Raj Kapoor.

Nimmi, who was on the sets of Andaaz, said in the autobiography Dilip Kumar: The Substance and the Shadow, written along with Udayatara Nayar: “His body movements, his expressions and his soft modulated voice did not show any visible signs of acting! Both my grandmother and I wondered how Mehboob Sahab had chosen an actor who did not know how to act. When the film was released, we watched it on the first day itself. And I realised what a fool I was! I found myself watching Dilip Kumar not only with admiration for the way he brought the character alive on the screen but with a sense of awe because he was holding the audience attention in every scene, without showing the strain of acting.”

When his melancholic roles began to affect his mental health, Kumar was advised by his psychoanalyst to lighten up. He gravitated towards comedy-themed films such as Azaad (1955), Kohinoor (1960) and Ram Aur Shyam (1967).

Azaad featured a scene inspired from the Hollywood films The Floorwalker (1916) and Duck Soup (1933), points out Sanjit Narwekar in his biography Dilip Kumar The Last Emperor (2006). Kumar’s character takes refuge behind a mirror, which falls down. In order to evade discovery, he mimics the villain’s every gesture.

Dilip Kumar could speak Hindi, Urdu and Pashto fluently. In his early days at Bombay Talkies, his proficiency in Urdu led him to assist writers in drafting screenplays. He wrote, produced and, by all accounts, ghost-directed Nitin Bose’s Gunga Jumna (1961).

Gunga Jumna was one of the first Hindi films to depict two brothers on the opposite sides of the law, conflicted between professional demands and personal loyalty. Among the films Gunga Jumna directly inspired was Yash Chopra’s Deewar (1975).

The story idea was formed while shooting for BR Chopra’s Naya Daur, Kumar recalled in his autobiography. Among the reasons to make the film was to promote his brother, Nasir Khan, who was also an actor, launch his own production house Citizen Films, and play a character who becomes an outlaw.

In 1980, Kumar was engulfed in a scandal concerning a divorcee, Asma, whom he married in a clandestine ceremony in Bengaluru. The two met in 1982,. Asma lived in Dilip Kumar’s house in Mumbai for three years, according to Bunny Reuben. They were divorced in 1983, following which Asma re-married her first husband.

Dilip Kumar appeared in a few more films towards the end of the 1980s. His penultimate release was Subhash Ghai’s multi-starrer Saudagar (1991), in which he was pitted against Raaj Kumar, his co-star from Paigham (1959). Kumar’s final screen appearance was Qila (1998), which featured him in a double role as twins.

Satyajit Ray described him as “the ultimate method actor”. Amitabh Bachchan said about him, “When the history of Indian cinema will be written, it will always have before Dilip Kumar and after Dilip Kumar.”

Kumar’s acting style was guided by veteran actor Ashok Kumar’s early advice to keep his mannerisms as natural as possible. In his autobiography, Dilip Kumar writes about his struggle to play characters realistically:

“…an actor needed to strengthen his instincts because the duality between the real and unreal cannot be sorted out by the mind, which is more concerned with truth and logic in any normal situation… It is only instinct that will help you absorb what you have to absorb from the script and drive you to render a performance coated with realism and conviction despite the knowledge of it all being fiction and drama.”