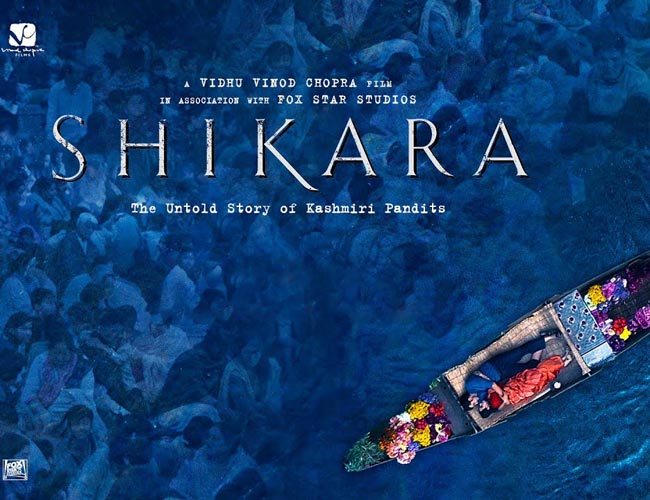 Director Vidhu Vinod Chopra’s ‘Shikara – A Love Letter From Kashmir’ is a tribute to his mother; Chronicles the history in an interesting video

While the motion poster of filmmaker Vidhu Vinod Chopra’s upcoming project, ‘Shikara – A love letter from Kashmir’ piqued the interests of the audience, a recent video by the director which chronicles the journey and timeline of his mother’s life tells us all about the inspiration behind the storyline. Shikara has been hailed as one much-awaited project and is all set to hit the theatres on 7th February.

In the video, the filmmaker states that his film, ‘Shikara- A Love Letter From Kashmir’ is a tribute to his mother. Taking us back to the valley of 1999 when the discomfort began, the filmmaker has given away vital details from the journey of his mother’s life and family. From the point of the eruption of militancy to the inception of the idea, Vidhu shares how in 2008 he started making this film on Kashmir as a tribute to his mother.

The trailer of the film will be launched on 7th January, 2020 where the event will have A R Rahman play Shikara theme live on the occasion. With Shikara, Vidhu is all set to bring to the audience yet another stellar piece of film-making where he will be bringing together a story based on the stories from Kashmir.

Vidhu Vinod Chopra’s film Shikara is described as A love letter from Kashmir and it looks like the filmmaker will be treating his fans with yet another fresh storytelling of the tales from the valley where the filmmaker finds his roots. Stating how after 30 years of what went around in the valley, the film’s motion poster sets the tone right with its enchanting background score and poster.

With the interest and excitement of the audience at its peak, Shikara – A love letter from Kashmir, a film by Vidhu Vinod Chopra will be hitting the screens on 7th February, 2020. Presented by Fox Star Studios. Produced by Vinod Chopra Productions and co-produced by Fox star studios.