‘Dream Girl’ rides high on success, the team to come together tonight for a big celebration 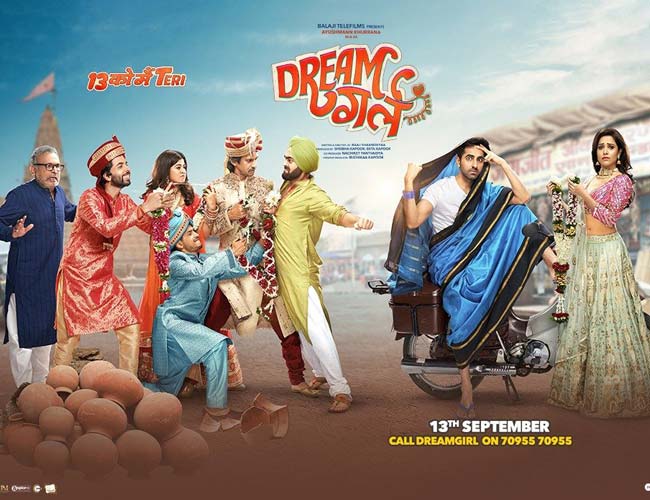 ‘Dream Girl’ rides high on success, the team to come together tonight for a big celebration

Ayushman Khurrana starrer ‘Dream Girl’ is unstoppable at the box office. Helmed by Ekta Kapoor’s and produced by Balaji Telefilms, Dream Girl, is flabbergasting in terms of figures and audience appreciation.

Overwhelmed with the viewers’ response to the film and making a grand entry in the 100 crore club, producer Ekta Kapoor has all the reasons to celebrate and that’s exactly what she is up to. The team is getting together to celebrate the success of the film. The entire cast and crew along with creator Ekta Kapoor are expected to be part of the bash.

Dream Girl is an offbeat romantic drama is a love story wherein A male caller played by Ayushmann Khurrana, at a female friendship call centre in Mathura, who impresses everyone with his mesmerising female voice and unique ways of solving people’s problems.

With a slew of talented actors, gripping plot and impressive direction, Ekta Kapoor’s latest venture, Dream Girl is going steady at the box office. At the end of Week 3, as of today, the movie stands strong at 114 crores and continues to dazzle.

Written and helmed by Raaj Shandilya, “DreamGirl’ marks his directorial debut and is produced by Ekta Kapoor, Shobha Kapoor and Aashish Singh. Apart from Ayushman, the film also stars Nushrat Barucha, Annu Kapoor, Vijay Raaz, Manjot Singh, Abhishek Bannerjee, Nidhi Bisht, Raj Bhansali and Rajesh Sharma. The film, released on 13th September all over and has emerged as a monumental hit for Ayushmann Khurrana and still continues to run successfully in theatres.