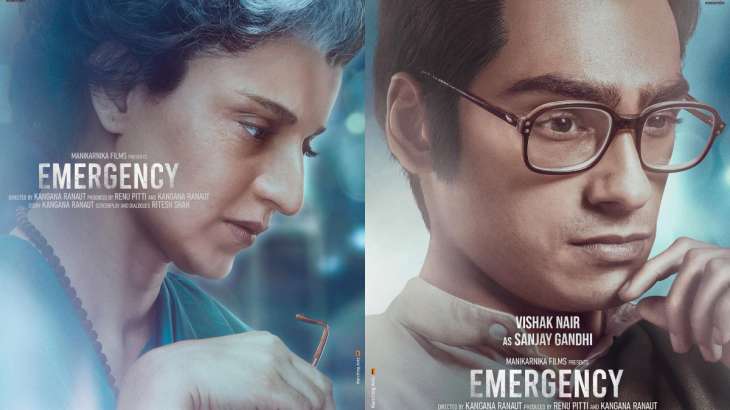 Emergency: Kangana  is going all out and about, donning the hats of actor, director and producer at the same time for her upcoming flick. The actress has been sharing glimpses from the sets on a regular basis and has been giving her all to make the film. Kangana is slowly unveiling the characters of her film and has been sharing their looks on social media. She has now introduced Vishak Nair in the role of Sanjay Gandhi, the son of politician and former Prime Minister Indira Gandhi.

On Tuesday, Kangana posted a picture of Vishak wearing a white outfit and Sanjay’s iconic wide-rimmed spectacles. Introducing the actor, she called him ‘the powerhouse of talent’. Her caption read, “Presenting the powerhouse of talent @nair.vishak as #SanjayGandhi;Sanjay was the soul of Indira, the man she loved and lost #Emergency.”

Vishak Nair also took to his Instagram account and shared his look. Sharing the post, he wrote, “Truly honoured to essay the role of #SanjayGandhi – an enigma whose ambition eclipsed all. Humbled to be a part of such a great team in @kanganaranaut ‘s directorial #Emergency.”

As soon as he dropped the picture, fans jammed the comment section with congratulatory wishes. One user wrote, “So happy and proud of you da (sic).” Another user wrote, “Oh my God! Congratulations (sic).” A third user wrote, “This movie will definitely be a hit All the characters match exactly, osm (sic).”

On July 14, the actress dropped her first look and teaser from the project that stirred the internet. The movie is currently in production and is slated for release in 2023.