‘Faraar’ song from ‘Sandeep Aur Pinky Faraar’ will get you grooving in no time! 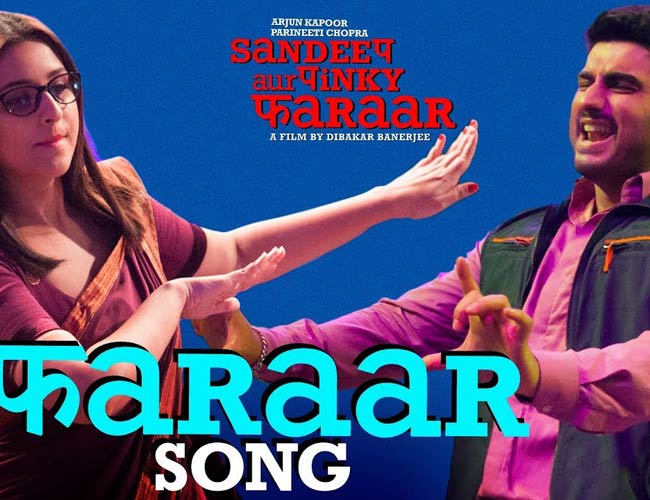 ‘Faraar’ song from ‘Sandeep Aur Pinky Faraar’ will get you grooving in no time!

The trailer of Dibakar Banerjee’s ‘Sandeep Aur Pinky Faraar’ was out on March 3rd and we can all feel the surge of the pent-up excitement. After being stalled for three years, the film has finally seen the light of the day. After the trailer, YRF has now outed the first track from the film, ‘Faraar’, and it’s thrilling.

Sung and composed by Anu Malik, Faraar Song is penned by Sachin-JIgar and Anu Malik. The beats of the song is damn catchy and watching Arjun Kapoor dance to Anu Malik’s voice is just priceless that is going to get you grooving on the dance floor too. Have a look:

Sandeep is a corporate professional and has conned some biggies and is on the run. Pinky is her saviour, but their stories get intertwined during their escapade. In a hilarious twist, the dark comedy pulls a pun at the names of the two titular characters. Parineeti Chopra plays Sandeep Kaur, an ambitious corporate girl and Arjun Kapoor plays Pinky Dahiya, a brooding cop from Haryana. Being a Dibakar Banerjee directorial, the film is, of course, edgy and quirky.